The Rajon Rondo experiment in Dallas may end up being a brief one.

The point guard was benched yet again by Mavericks head coach Rick Carlisle for the final 23 minutes of the team’s Game 2 loss to the Houston Rockets. This move preceded the team ruling Rondo out indefinitely with a back injury on Wednesday afternoon according to ESPN’s Marc Stein. Carlisle told reporters on Wednesday afternoon that Rondo suffered the injury in Game 2 and he does not expect the point guard to be back this season (or beyond) for Dallas.

THIS JUST IN: Dallas coach Rick Carlisle says he does not expect Rajon Rondo to wear a Mavericks uniform ever again. pic.twitter.com/3hO9XSFqCb

Rondo was relegated to the bench after being whistled for two quick fouls while guarding James Harden in the opening seconds of the second half. Following the calls, Rondo got into a tussle with Harden, giving the Rockets star a two-handed shove that earned him a technical foul.

From there, the soon-to-be free agent spent the remainder of the contest watching from the bench as Carlisle used 11 other players, including third-string point guard Raymond Felton over Rondo. The Rockets pulled away late for a 111-99 win to take a 2-0 lead in the best-of-seven series.

Rondo looked disinterested during his lengthy stint on the sideline and did not appear fully engaged during his 10 minutes of playing time either. A pair of back-to-back mental miscues by Rondo in the first half likely tested Carlisle’s patience.

After the game, the head coach was questioned on whether Rondo wanted to be out there.

“You have to ask him that question,” Carlisle told reporters in Dallas. “All I know right now is that we need everybody at their competitive best. This isn’t about one guy who did or didn’t play. This is about everybody pulling in the same direction for the organization. That’s what it’s about.”

Rondo declined to comment in the aftermath, walking away from reporters with his headphones on following the defeat.

In February, Rondo was benched after getting into a verbal spat with Rick Carlisle on the bench over play calling. He was suspended for one-game by the team.

Charles Barkley weighed in on Rondo’s behavior both at halftime and on TNT’s “Inside the NBA” program following the game and was pretty blunt, as is his usual way. Barkley first said that Rondo “is not engaged,” is “going through the motions,” and is “ready for free agency.” Then later, he stood with Carlisle, saying that if it were up to him, he just wouldn’t play Rondo.

There likely won’t be any discipline coming from the team after Tuesday’s disappointing performance, but it remains to be seen if the Mavericks can trust Rondo to be at his best on the court moving forward. 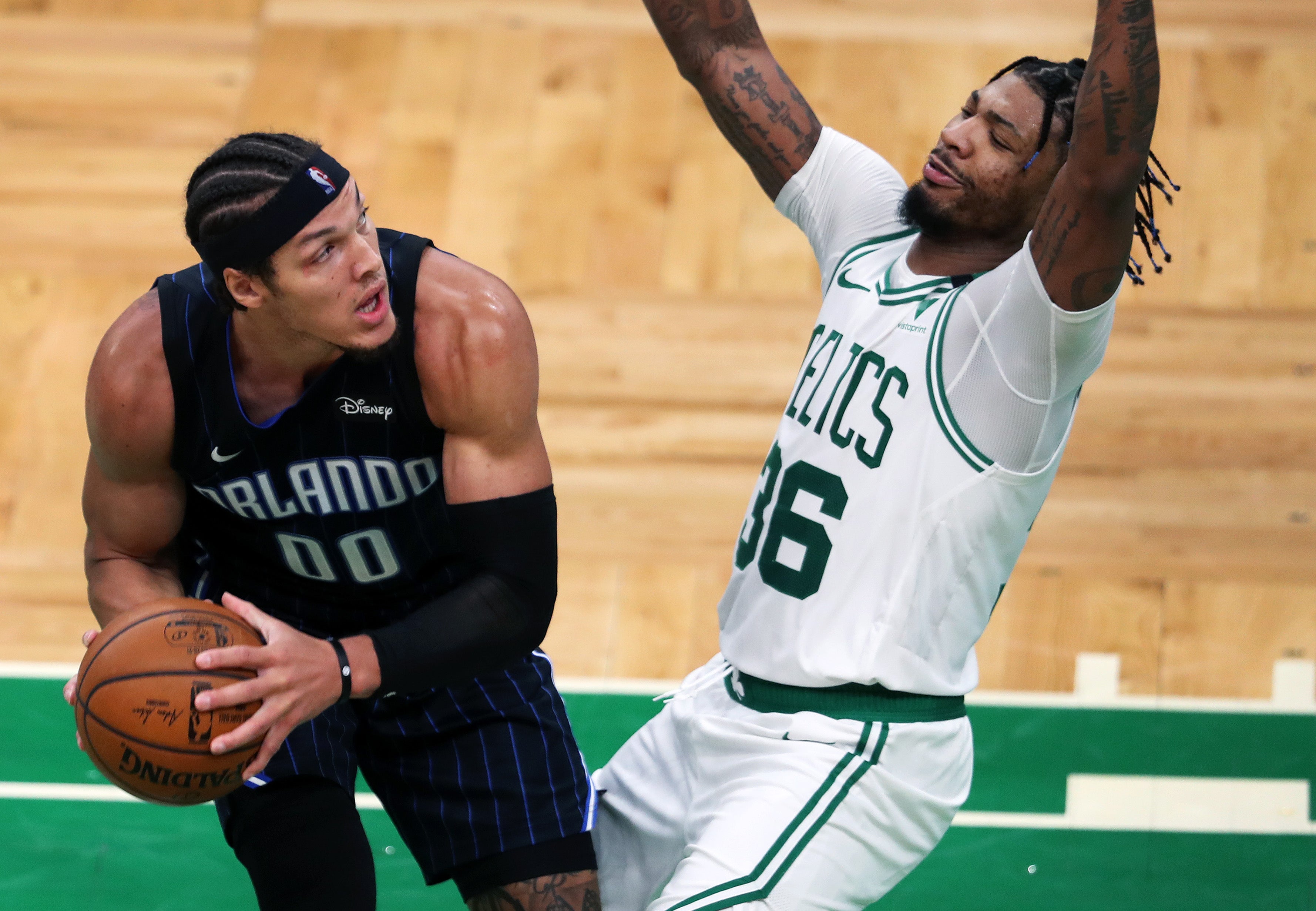