The former Celtics star scored 11 of his 18 points in the fourth quarter, including a pair of three-pointers in crunch time to help clinch a 106-99 win for his Washington Wizards over the Raptors on Friday night. The win gives Washington a commanding 3-0 series lead in the best-of-seven series.

The Truth finished the night shooting 5 of 9 from the field, including 4 of 7 from beyond the arc in just 27 minutes of action. Wizards’ coach Randy Wittman limited Pierce’s minutes so the veteran could be fresh in the fourth quarter and the move paid major dividends.

After Pierce’s second three-pointer, which put the Wizards up by six points with 16 seconds remaining in the contest, the 37-year-old proudly told the Verizon Center crowd “That’s why I’m here,” as he celebrated the big shot.

Pierce’s Game 3 performance was the latest chapter in a two-year period of playoff domination against the Raptors. Last year, Pierce clinched a Game 7 win for the Brooklyn Nets in Toronto with a block on Toronto’s Kyle Lowry at the buzzer.

After a rematch was setup this year in the first-round between Pierce’s new team in Washington and the Raptors, Pierce earned the wrath of Toronto by declaring the Raptors “dont have the ‘it’ that makes you worried” in an ESPN interview with Jackie MacMullan.

Raptors GM Masai Ujiri was fined $35,000 after responding to Pierce’s comments at a rally by saying “We don’t give a [bleep] about it.”

As has been the case with so many playoff series in his career, Pierce looks poised to have the last laugh in the verbal dustup. He sunk the Raptors in Game 1 with 20 points in an overtime win, and followed up a Game 2 blowout win in Canada with some more friendly trash talk.

Paul Pierce shouting on the way to the locker room after #wizards Game 2 win: “I don’t want to go through customs no more.”

With a potential sweep looming in Game 4 on Sunday, it looks like Pierce may get his wish. 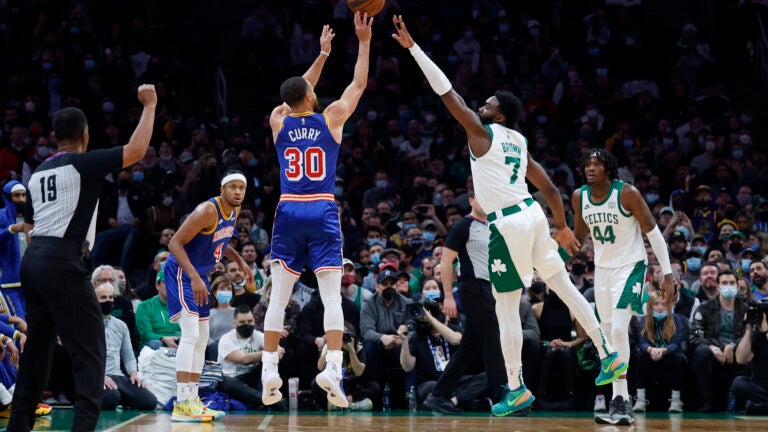