The Cleveland Cavaliers suffered their first “loss” of the postseason in the midst of Game 4 on Sunday afternoon, as Kevin Love was forced to leave the contest with a left shoulder injury.

Celtics big man Kelly Olynyk got tied up with the Cavs power forward while jockeying for a rebound midway through the first quarter. Olynyk appeared to pull Love’s left arm on the play, which caused Love to suffer the shoulder injury. The seven-footer was whistled for a personal foul on the play.

Love immediately ran to the locker room clutching his shoulder after the play. The Cavs announced early in the second quarter he would be out for the remainder of the contest to ice the shoulder. No further update has been given on the diagnosis of the injury.

Some members of the Cleveland media have questioned Olynyk’s intent on the play, calling the big man’s action a “dirty play.” Others merely believe it was an unfortunate injury with no ill intent on Olynyk’s end.

After reviewing the replay I’m of the mindset that was a dirty play by Kelly Olynyk. Could be a serious injury to Kevin Love’s shoulder.

Not sure I’m thrilled with KO yanking on him, but I can’t imagine he intended to dislocate the guys shoulder. 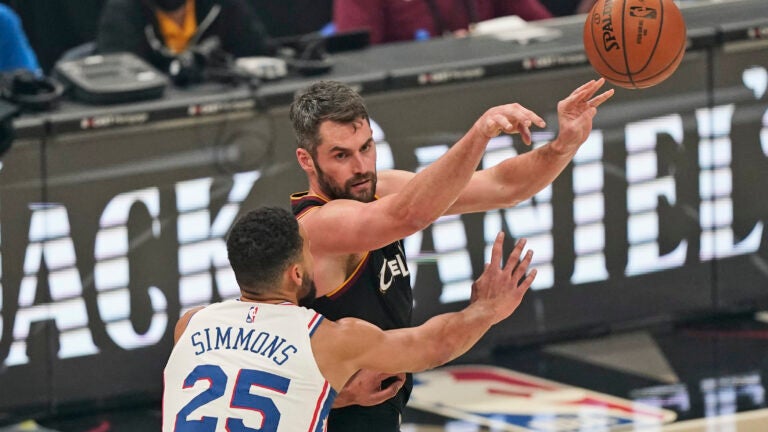