There are few, if any people, on this grass-court of a planet who can comprehend the physical and emotional aches of an aging tennis star like Chris Evert and John McEnroe do.

Evert, winner of 18 major singles titles in her career, retired at 34 in 1989. McEnroe, a seven-time major winner (and, like Evert on the women’s side, a three-time Wimbledon champ), retired at the end of 1992, two months shy of his 34th birthday.

Both were relatively young when they retired, even by an elite athlete’s standard. Both recognized that diminishing returns were beginning to come their way on the court. Careers didn’t last then as they do now.

Evert and McEnroe are ESPN analysts now, the former since 2011 and the latter since 2009. During a conference call with reporters to discuss the network’s Wimbledon coverage over the next two weeks, both expressed an admiration for the longevity of Roger Federer and Serena Williams, and a gratefulness that they didn’t have to endure the outside pressures from social media that players do now.

“That’s the question everybody’s been asking,” said Evert, when queried about Williams’s chances of winning Wimbledon for a seventh time, at age 39. “Like Roger Federer, Serena’s best chance is on the grass because of her power, because of her big serve, the first strike of the ball, shorter rallies. She’s won the most of any current player on grass. She has had the most experience and wisdom and instincts on the grass courts of any current player.

“The big challenge for her in my mind will be stringing together seven matches where she plays at a high level mentally and physically. That’s always, for the aging athlete, the big thousand-dollar question: Can they string together seven high-quality matches? It’s physically, mentally staying healthy, staying involved with each match, staying present with each match.”

McEnroe said Federer, an eight-time Wimbledon winner who like Williams turns 40 later this year, faces a similar if somewhat more daunting challenge in the men’s draw.

“Well, we hope that he’s able to play as long as he wants to play,” said McEnroe, “I mean, he’s sort of like our Tom Brady. “[But] the bottom line is, as Chrissie said about Serena, it’s no question that Roger’s best chance [to win another major] is here. I believe he’s out of a handful of guys. Obviously Novak [Djokovic] is a huge favorite. After that you would put him in the mix of the next five, six guys in my book still to make a run.”

Both Evert and McEnroe turned introspective when asked why it is that aging tennis players are repeatedly asked when they plan to retire rather than being appreciated for still playing at a high level. Evert suggested it’s a byproduct of the current detached, hot-take-laden media culture.

“Thank God we didn’t have social media in our day. I thank God all the time.” she said. “I’m so glad I came up in the ’70s and the ’80s where we were building a tour, there was camaraderie. The press just traveled with us, a handful of written press. It was really a lot more simple and not as intrusive in our day.

“I feel bad for this generation. If you’re in an individual sport, you’ve got to have some thick skin, not let things go to your head. But it really is different in this day and age. Nothing is private any more. Every opinion in the world is out there.”

McEnroe said the media felt intrusive at points in his career before deadpanning, “Some of it was self-inflicted.”

“I think for a while it seemed like if you made it past 30, that was incredible,” he continued. “Now the top players, they’re well into their 30s. That would beg the question more often because you see they’ve gone through a lot. Roger’s got a bunch of surgeries, he’s almost 40, so it’s understandable to ask, ‘Wow, how and why is he still playing?’ ”

Evert said that in her and McEnroe’s heyday, it helped that they knew the reporters that were traveling on the circuit.

“It’s so complicated now. It was different in our day,” she said. “If [something that was written] really bothered us, we would go up to them and just ask them, ‘Why did you print this? I have a problem with that. How do you justify this?’ There were so few press.”

“I don’t know, John and I got through it. I think John had it tougher than I did. He seemed to have gotten through it unscathed, pretty good shape. Probably should ask him, too.”

His answer? “Well, I’m not on social media, number one,” he said. “I feel like I could have got myself in a hell of a lot of trouble had I been back in the day. Maybe even now. But certainly back in the day.”

This Patriots season, radio listeners are going to find out if Bill Belichick is a morning person.

The Patriots coach, who appeared on WEEI’s afternoon drive programming through its various incarnations during in-season Mondays through his 21 seasons as coach, will now be making his weekly appearance on the station’s morning program. The station announced Wednesday that Belichick will now appear on “The Greg Hill Show” during the 2021 season.

Meanwhile, the Patriots’ starting quarterback — whether its Cam Newton, Mac Jones, or someone else — will now be a Monday guest on the afternoon drive “Ordway, Merloni and Fauria” program each week during the season.

WEEI and parent company Audacy revealed the changes while announcing a multi-year agreement to continue the programming arrangement with the Patriots.

Patriots public relations had actually broached the station about making the change last year after Brady, who had a longstanding relationship with the morning show, moved on to the Buccaneers. But advertising had already been sold and the logistics didn’t quite work, so they held off for a season, with Newton turning out to be an outstanding weekly guest on Hill’s program.

The switch was not requested by Belichick or the station, but by the public relations department, which believes it makes sense for the coach to be the first person to speak on the Monday after a game, thus giving the players who will be on shows later in the day an idea of what should be said and what might be off limits.

While 98.5 The Sports Hub is the Patriots’ flagship station, WEEI has “Patriots Monday” and “Patriots Friday” programming, which includes interviews with the coach, quarterback, and various players, since 1995. 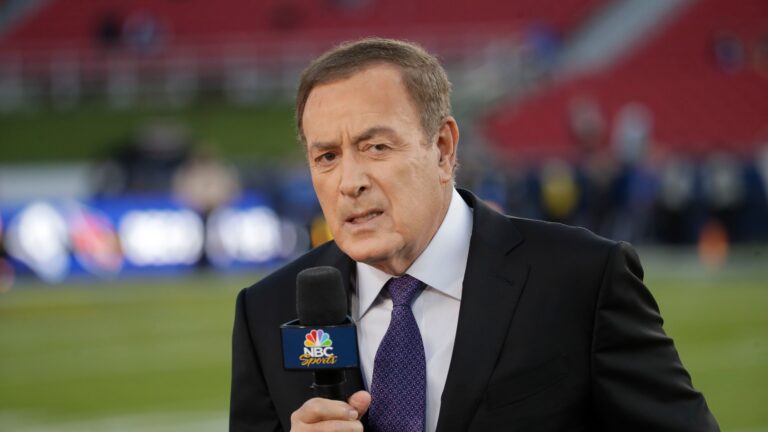 NFL broadcasters are glad to be back in the stadiums again