Welcome to Season 10, Episode 16 of the Unconventional Preview, a serious yet lighthearted, nostalgia-tinted look at the Patriots’ weekly matchup.

It was less than four years ago that the Jaguars and Patriots met at Gillette Stadium with a trip to Super Bowl LII at stake. You’ll recall that the Patriots rallied from a 10-point deficit in the fourth quarter to prevail, with Tom Brady finding Danny Amendola for the go-ahead touchdown with less than three minutes remaining. It’s one of the more unheralded comebacks of the dynasty era, a tense, physical game that suggested the brash Jaguars could be a nuisance in the AFC for seasons to come.

That game feels like it could have happened a decade ago. The Patriots lost to the Eagles in the Super Bowl two weeks later, won their sixth Lombardi Trophy the following season against the Rams, and then went through a metamorphosis after a disappointing 2019 season when Brady, seeking a new challenge and greater input, departed for Tampa Bay.

The Patriots, who remodeled their roster this past offseason with heavy free agent spending and savvy drafting, look much different than they did back on Jan. 21, 2018. But the Jaguars’ makeover is even more drastic. It turned out their 20-10 lead in the fourth quarter of the AFC title game nearly four years ago was not the beginning of something big, but the pinnacle.

The Patriots broke them that day, and the Jaguars return to Foxborough Sunday for the first time since that AFC Championship game in the painful stages of a rebuild. The Jaguars are 2-13, have lost seven straight, and the only players who started that game nearly four years ago that also started last week’s loss to the Jets are tight end James O’Shaughnessy and offensive linemen Cam Robinson and Brandon Linder. (Linebacker Myles Jack remains a core player but was among several Jaguars in COVID-19 protocol, a number that had swelled to 27 players as of Thursday.)

The Jaguars are back in rebuild mode, but Trevor Lawrence, the no-brainer No. 1 overall pick out of Clemson in the 2021 NFL Draft, has been overwhelmed as a rookie. He has more interceptions (14, tied with four others for the NFL lead) than touchdown passes (9), and he’s not exactly trending the right way: Over the past eight games, he has one touchdown pass and five interceptions. His touchdown percentage (1.7 per 100 passes) is the worst among any quarterback with regular playing time this season.

Part of the problem is that Lawrence has to throw a lot because the Jaguars habitually fall behind early — they haven’t led after the first quarter since Week 4 against the Bengals, though they were tied with the Bills during their 9-6 upset win in Week 9. Only five other quarterbacks have attempted more passes than Lawrence’s 543 — Brady, Patrick Mahomes, Justin Herbert, Josh Allen, and Derek Carr. That mostly elite group throws so much because they can, often to great benefit. Lawrence is throwing so much because has to. I’m sure he’d never admit, but he really must envy fellow rookie Mac Jones’s circumstances, huh?

Damien Harris: It didn’t get too much notice because of the outcome and frustrations of the game, but I’d argue that Harris had his best game as a pro against the Bills last Sunday. He ran 18 times for 103 yards and three touchdowns on an afternoon when pretty much nothing else was going right for the Patriots offense. It wasn’t the most carries he’s ever had (he’s had 23 rushing attempts twice, against the Dolphins and Chargers this season) and it wasn’t his highest yardage total (he gained 121 yards in the Week 9 win over the Ravens last year). But it was his first three-touchdown game (and second multiple-TD game, the first coming in the 54-13 rout of the Jets back in Week 7). All three TD runs — from 8, 1, and 13 yards — were highlight-reel worthy. Harris should continue to be a force against a Jaguars defense — which includes former Patriots first-round pick Malcom Brown at tackle — that ranks 24th against the run at 123.5 yards per game. Harris has some milestones in his sights. He needs 143 rushing yards to reach 1,000 for the first time in his three-year career. And with 12 rushing touchdowns, he needs one to tie Corey Dillon (2006) and BenJarvus Green-Ellis (2010) for the fourth-most in a season in Patriots history, and two to tie Curtis Martin (who had 14 in both 1995 and ‘96) for the second-most, behind only LaGarrette Blount’s 18 in 2016. Good company for an excellent young back.

Marvin Jones: The Jaguars’ front office hasn’t exactly supplied Lawrence with the modern-day version of Keenan McCardell and Jimmy Smith so far, but the veteran Jones is the kind of dependable receiver any young quarterback would be grateful to have in their huddle. Jones, a former Bengal and Lion — yes, he knows the sting of defeat — has 64 catches for 698 yards and 3 touchdowns. He was more of a downfield threat earlier in his career — as a Lion in 2017, he posted a 61-1,101-9 line and led the NFL in yards per catch at 18.0 — but at this stage he’s a savvy receiver Lawrence trusts. J.C. Jackson, who dropped a potential game-changing interception against the Bills, should get the assignment on Jones. Given Lawrence’s reliance on the receiver, Jackson should get an opportunity for his eighth interception of the season, and first since Week 12 against the Titans.

Jonnu Smith: I’ve given up on N’Keal Harry, whose hands may or may not make the sound of crashing cymbals every time a football deflects off of them. But I will not yet give up on Smith, an obviously talented player who has been an enigma in his first season with the Patriots. How much of an enigma? He had more catches in the windstorm game at Buffalo (one, 12 yards) than he did last Sunday (no catches, no targets, one penalty). I’m telling you, this is the week he builds some rapport with Mac Jones. Dare I say three catches, one for a touchdown? Dare.

This grievance is on behalf of any random Jaguars fan who might stumble upon this, or any NFL fan who dreads seeing talented young quarterbacks put in soul-crushing situations early in their careers (think: David Carr, Texans, 2001, or Jim Plunkett, Patriots, 1971): How in the world did Jaguars owner Shad Khan get duped into thinking that college football bully and first-ballot Hall of Fame phony Urban Meyer was the perfect coach to be entrusted with Lawrence’s development? Here’s hoping Meyer didn’t ruin Lawrence in the 13 games he got to coach him before Khan finally got fed up with the mounting embarrassments and fired him Dec. 16.

The Patriots start a rookie first-round-pick quarterback of their own, of course, and while Mac Jones is in far better circumstances and is having a much better season than Lawrence, he’s run into some issues of his own lately that are at least somewhat concerning.

Jones hasn’t played well in the Patriots’ two consecutive defeats, including a 33-21 loss to the Bills last Sunday in which he completed just 43.8 percent of his passes (14 of 32) with no touchdowns and a pair of interceptions. That followed a loss to the Colts in which his final numbers (26 of 45, 299 yards, 2 TDs, 2 INTs) somewhat mask an uneven performance; the Patriots were shut out through the first three quarters before Jones found Hunter Henry for a pair of touchdowns in the fourth.

Jones’s greatest attribute as a passer is his accuracy (he’s still completed 67.2 percent of his throws), so it must be noted that two of his three lowest completion percentages this season have come in the past two games. Some of that is attributable to playing two excellent defenses. But it’s also fair to wonder whether the former Alabama star and Jacksonville native is still adjusting to playing in cold weather.

Facing Jacksonville, which has no one who will remind anyone of Jalen Ramsey in its defensive backfield, should be a welcome elixir. The Jaguars are 14th in the league in pass defense, allowing 229.7 yards per game, but those numbers are somewhat skewed. Because the Jaguars are so often trailing early, opponents have been more than willing to lean on the run to keep the clock moving.

This should be a week for Jones to reconnect with Henry and Kendrick Bourne, neither of whom had a reception until the fourth quarter last Sunday against the Bills. Jones didn’t hit the rookie wall the last two weeks. Two good defenses hit him. Facing the Jaguars is the reset that he needs.

Prediction, or do you think Darrell Bevell has nightmares about Malcolm Butler?

The operative term all week has been “get right,” as in, “after a pair of tough losses to the Colts and Bills, the lowly Jaguars are a get-right game for the Patriots.”

While there is some risk in this mind-set when it comes to facing a bad team — don’t make me dig up Peyton Hillis and Browns highlights against the Patriots from November 2010 — the Patriots really should be able to, well, get right this Sunday.

The Jaguars have a thin roster when healthy, but they were crushed by COVID this past week, leaving them in “we’re sure we’re going to have enough to field a team, right, fellas?” territory. The Patriots defense, after getting dissected by Allen last week, is going to be hungry to face a rookie quarterback, an ineffective running game, and a mistake-prone offense. (Lawrence, on top of his 14 interceptions, also has fumbled nine times, five of which he has lost.) Presuming that he is out of COVID-19 protocol, this could be a big week for Matthew Judon, who was silenced by the Bills.

In some ways, this is a big game for the Patriots. With a win and a loss by the Raiders or Dolphins, they will clinch a playoff berth. And with Brian Flores’s resilient Dolphins team looming next week — that visit to Miami is always tough no matter the stakes — it would be wise for the Patriots to take care of as much business as possible this week against a team that has no business staying in the game with them for more than a few minutes after the national anthem ends. Patriots 31, Jaguars 3. 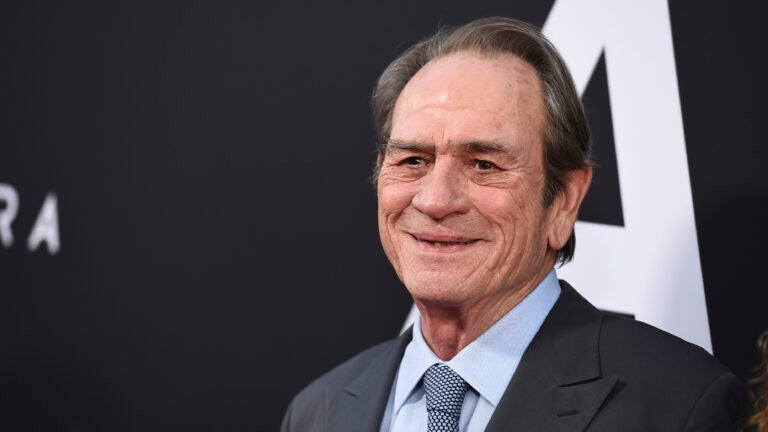