The Eagles entered their matchup with Syracuse shooting 30.1 percent from 3-point range, which put them 13th in the Atlantic Coast Conference.

Syracuse, meanwhile, came in allowing by far the most 3-point field goals and 3-point attempts in the ACC. The Eagles knew they’d have looks from distance, so they took what the Orange gave them, disregarded their woes throughout the season, and hit a whopping 19 of their 42 attempts (45.2 percent) on the evening.

Nineteen 3s is both the most BC has ever hit in a game and the most Syracuse has ever allowed, but it ended up not mattering in the end as the Eagles struggled in other areas and fell, 84-71, at Conte Forum. What the Orange lacked defending the 3-point line, it made up for by winning the free-throw battle, 21 to 2, and holding BC to 6 of 16 shooting from inside the arc.

BC was without Jared Hamilton, Jairus Hamilton, and Nik Popovic, and Julian Rishwain played through an injury. The Eagles trailed 35-27 at the half, but the margin eventually ballooned to 24 before BC rallied to make it look closer than it really was.

Boston College assisted on 23 of its 25 field goals yet lost by double-digits.

“I thought we played offensively as good as we’ve played,” BC head coach Jim Christian said. “Defensively, we just ran out of gas.”

The final number is a bit misleading — as seven of BC’s 19 3s came in the final five minutes with the game out of reach — yet it’s still staggering, nonetheless.

Ten of Thornton’s 11 shots, 14 of Heath’s 17 shots, and nine of Julian Rishwain’s 10 shots were 3s. Kamari Williams took seven, and freshman forward Andrew Kenny hit a 3 in the final minute.

BC hit 13 of 24 3s in the second half alone and seemed content attempting shots from long range. An unfazed Jim Boeheim said it made sense for the Eagles to take a significant number of 3s given the circumstances.

“Teams take a lot of 3s against us, anyway,” Boeheim, Syracuse’s head coach, said. “They went to an extreme, because I think they had to with the personnel they had. They were smart doing that.”

Boeheim said the Eagles had some open shots and had a chance to keep it close but missed. He added that BC’s decision to put shooters in the game hurt the Eagles on the defensive end, which made life easier for the Orange.

What they provided from 3-point range Tuesday, the Eagles lacked when it came to hitting two-point shots and generating success at the free-throw line.

Fifty-seven of their 71 points came from beyond the arc, compared to 12 on 2-pointers and two from the free-throw line. BC didn’t help itself by shooting 2 of 10 from the stripe, including 0 of 6 to start the game.

The Orange, meanwhile, hit 21 of their 25 free throws. Syracuse came in attempting the fifth-most free throws in the conference, with the fourth-best percentage. The Eagles entered 11th in attempts and 14th in percentage.

It wasn’t necessarily surprising that the disparity existed, however the gap was alarming. The Eagles committed 21 fouls compared to 11 for the Orange. Thornton and Williams both fouled out, and CJ Felder ended up with four.

Eight different players hit free throws for the Orange, whereas only Felder converted at the line for the Eagles.

BC also didn’t help itself by turning the ball over 18 times, including several in crucial moments.

“I thought offensively we executed very, very well, minus the turnovers,” Christian said.

BC had no answer for Elijah Hughes and Buddy Boeheim.

The Eagles have had trouble slowing down scorers who can get hot in an instant in ACC play this season.

Duke’s Matthew Hurt erupted for 25, Boeheim scored 22 in the first meeting, and Louisville’s Jordan Nwora poured in 37, to name a few. Hughes (28) and Boeheim (21) combined for over half of the Orange’s points Tuesday, each scoring in a variety of ways and making it look easy at times.

Hughes, who is projected as a second-round pick in the NBA Draft, unleashed a series of step-backs and contested jumpers, while Boeheim was cold from 3-point range but didn’t miss inside the arc. Hughes had more 2-point field goals than the Eagles, and both players had more free throws.

“The combination of those two guys got us some separation,” Boeheim said.

The Eagles are decimated by injuries.

The injuries don’t excuse the loss, but they were certainly a major factor.

“It’s hard to detail them. We don’t have that much time,” Christian said wryly, before giving a synopsis.

Jairus Hamilton has tendinitis after banging his knee in practice. Jared Hamilton has had an ankle or Achilles injury for a month. Popovic is dealing with a lingering back injury. Rishwain has a shin or calf injury but played through it Tuesday.

Boeheim said he didn’t know until just before the game that the players who sat would be out.

“They were missing guys, but they’ve missed guys all year,” Boeheim said.

The Eagles close out the regular season at Florida State on Saturday at 4:30 p.m., then the ACC tournament starts Tuesday, March 10.

It’s no secret that BC will need to win the tournament to make the NCAA Tournament. Even if that doesn’t ultimately happen, this team is certainly capable of registering an upset or two and making a run.

The Eagles have beaten Wake Forest, Notre Dame, Virginia, Virginia Tech (twice), North Carolina, and NC State in ACC play, so it’s not farfetched to think they could bust some brackets in Greensboro, North Carolina.

This season isn’t over yet, but regardless of how the next week-plus unfolds, there are many positives to take away from what’s transpired. Mitchell’s consistency, Heath’s emergence, and Felder’s potential stand out among others. 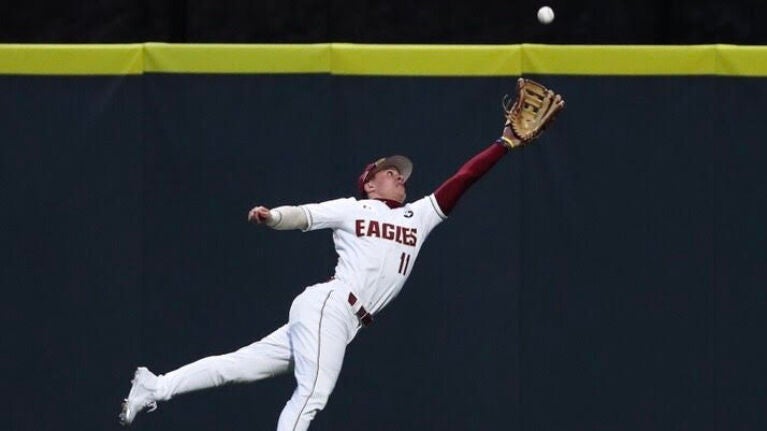