Robin Harris, the executive director of the Ivy League, started to understand the impact the coronavirus would have on sports before most anyone. Before fans could envision March without the NCAA tournament or spring without baseball, Harris held conference calls with Ivy League school presidents, listening to the grim forecasts they relayed from medical experts at their universities.

“Before I knew the words ‘flatten the curve,’ ” Harris said this week, “it is exactly what our presidents were talking about.”

The discussions started March 9, exactly four weeks before Monday night, when the men’s college basketball national championship game would have been played. By the next afternoon, the Ivy League had canceled its men’s and women’s conference basketball tournaments. It is difficult to recall now, but at the time the cancellations represented a drastic shift. They were the first major sporting event the novel coronavirus outbreak claimed, and they set off a wave of sports cancellations.

Harris is now among the legions of sports leaders charged with making the decision at the other side of the crisis. Sports will eventually return, but not soon, and nobody knows exactly when. Revisiting the decision provides both a fascinating snapshot of what now feels like a bygone era, and provides insight into how sports may resurface.

“It’ll be sort of a mirror of what we did,” Harris said. “We have to follow the lead of our schools. We are fortunate … that our schools have the benefit of having medical experts, public health experts, infectious disease specialists that we tap into on each campus and that are advising them on campus operations. Of course, government officials are very much involved more now, probably more so than they were in early March or late February as the conversations began.”

How was the Ivy League ahead of the rest of the sports world? Well, for starters, it’s the Ivy League – the doctors, scientists and researchers at those institutions are some of the most advanced in the world. Location mattered, too. Boston and New York suffered two of the earliest outbreaks in the country, which gave the conference a sense it may have to alter how it played tournaments.

“As the situation changed daily, if not more often than daily, and as the situation became worse very much consistent with what all these medical experts were predicting, and as our schools were implementing their own policies for campuses, that’s what influenced our decision about athletics,” Harris said. “We went from, in the span of a few days, with the presidents trying to come up with a policy for limited attendance so we could still have the basketball tournaments. That was seriously considered on Monday morning, March 9. By Tuesday, we had canceled the tournaments. We had limited attendance for spring sports. And then Wednesday, canceled everything. That’s how quickly things were changing.”

The astonishing acceleration of the coronavirus’s impact on American life can be captured in many ways. One is to recall the reaction to the Ivy League’s decision to cancel basketball tournaments.

The conference received immediate backlash that now seems tragicomically quaint. Penn Coach Steve Donahue called it “the most horrific thing I’ve dealt with as a coach.” Players started a petition to reschedule. At a congressional hearing the next morning, Anthony Fauci, the leader of the White House’s coronavirus task force, was asked if the Ivy League had overreacted.

In the moment, Harris foresaw some of the disruptions that would come, but even she did not grasp the scope. When the Ivy League canceled tournaments, she expected the NCAA tournament would be played without fans, which in the moment still seemed like a radical idea. Having listened to experts’ advice, she decided she would not travel.

“I did not see things unfolding as quickly as they did,” Harris said. “I thought the NCAA tournament would be held without fans. I could not foresee a path to a Final Four with fans. I knew I wasn’t attending. I had made that decision personally. I felt it was irresponsible of me, based on what I knew, to contribute to potential spread. This was about protecting society as well as of course student-athletes and the people who work the games and the people who attend the games.”

With spring sports canceled, Harris’s next major decision will come in the fall. Even the variables are unknowable. Harris said she hopes social distancing measures provide the medical community enough time to answer questions that may allow for less restrictions. How does immunity to the coronavirus work? Will there be advances in drugs that mitigates sickness or death? Ultimately, Harris said, college administrators can only start thinking about sports once campuses fully open to students.

“You have the students back, let’s say. Does that mean we can return to normal athletics competition with what we expect in terms of fan attendance, or are we going to have to have some limitations on fan attendance? … You kind of have to peel it back in reverse order. If we can have the athletic teams interacting, then can we have competition? Can we have travel to allow the competition to occur? And can we have fans?”

The Ivy League operates with different priorities than, say, Power 5 football conferences. But she believes, and other administrators have echoed, the requirement of students being back on campuses will apply across levels.

The dearth of information about the coronavirus makes forecasting the return of sports difficult. The Ivy League has an advantage in that its season starts later and only has 10 games. For now, she is waiting until the next big decision, about whether the fall will include college football.

“I’m an optimist, so I hope so,” Harris said. “Will it be a full season for the folks that start Labor Day? It’s hard to predict that. When you think about how much our world has changed, to predict out five months seems impossible.” 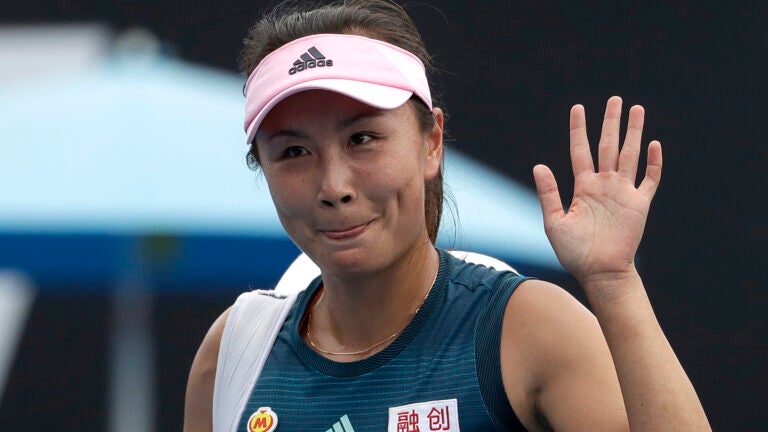