Zaire Wade has decided to suit up for Brewster Academy next season.

The 6-foot-3-inch guard, who is the son of NBA champion Dwyane Wade, announced on Tuesday that he will take his talents to the powerhouse prep school out of Wolfeboro, N.H. for a post-grad year.  He will graduate from Sierra Canyon, a private school in Chatsworth, Calif., and leave behind a talented and star-studded roster that included LeBron “Bronny” James Jr, son of Lakers forward LeBron James, Roxbury’s Shy Odom, and top-ranked seniors Brandon Boston, who will compete at Kentucky next season, and Stanford-bound Ziaire Williams. The Blazers were set to compete in the state championship title game this season, which was canceled due to COVID-19.

Rather than attend college right away like his former teammates, Wade —  a three-star recruit who had college offers of his own from Rhode Island, TCU and Miami — chose a different path.

“Told em it’s another route , ima take the other way 🚶🏾‍♂️ #NextStep,” he wrote in his caption.

Now, he will join a powerhouse program at Brewster that has won seven National Prep Championships and produced NBA players such as the Utah Jazz’s Donovan Mitchell. This season alone, Brewster had several Division 1 commits including UMASS-bound Javohn Garcia, Boston College-commit DeMarr Langford, and Boston-native Terrence Clarke, a highly-ranked prospect and potential NBA lottery pick that will also head to Kentucky. Clarke was named the NEPSAC Player of the Year, as well as a McDonald’s All-American.

Wade was welcomed to the Brewster team by both Mitchell and Clarke, who commented on his latest post. 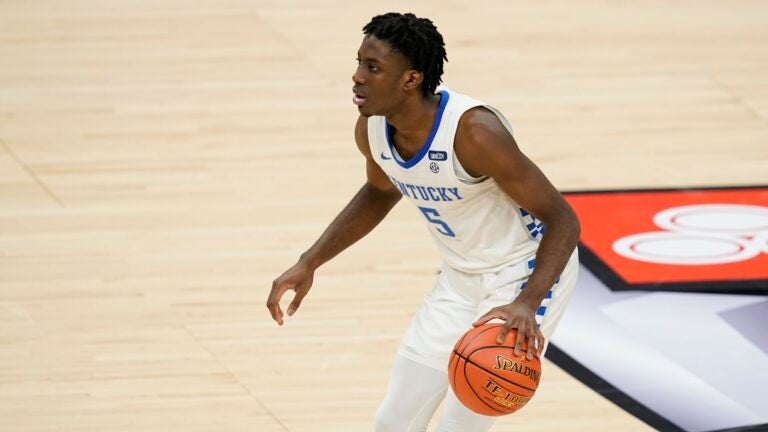