Martin Jarmond is officially departing for UCLA, the school announced on Tuesday. Boston College will begin its search for a director of athletics for the second time in three years.

Hired in June 2017 from Ohio State, Jarmond was the first Black athletic director in school history and the youngest at a Power 5 conference school.

In his time at The Heights, he helped re-energize the department, utilizing his strength in fundraising, engaging with fans and alumni to enhance the game-day experience, and making key coaching hires, culminating with the addition of football coach Jeff Hafley in January.

“Boston College will begin its search for a new AD immediately, and will name an interim AD as soon as possible.”

One month into his tenure at BC, Jarmond hired Vaughn Williams, then the AD at Kennesaw State, as senior associate athletic director for administration, as well as Jocelyn Fisher Gates from the University of South Florida, as senior associate athletic director and senior woman administrator. Williams, who played football at UMass, previously worked at BC as well as at UConn. He and Fisher Gates are listed immediately below Jarmond in the school’s staff directory.

A few names have surfaced in published reports as possible replacements, including Temple AD Patrick Kraft, who was a finalist at Maryland in 2018; Tulane’s Troy Dannen, who has hired nine head coaches since his arrival in 2015; Penn’s M. Grace Calhoun, a ’92 Brown grad who also worked for three years at Dartmouth; and alum Ed McLaughlin (‘95), a Natick native who has been the athletic director at Virginia Commonwealth since 2012 after previous stops at Merrimack, American, and Niagara.

Meanwhile, Jarmond will replace former UCLA AD Dan Guerrero in a deal that is reportedly for six years. 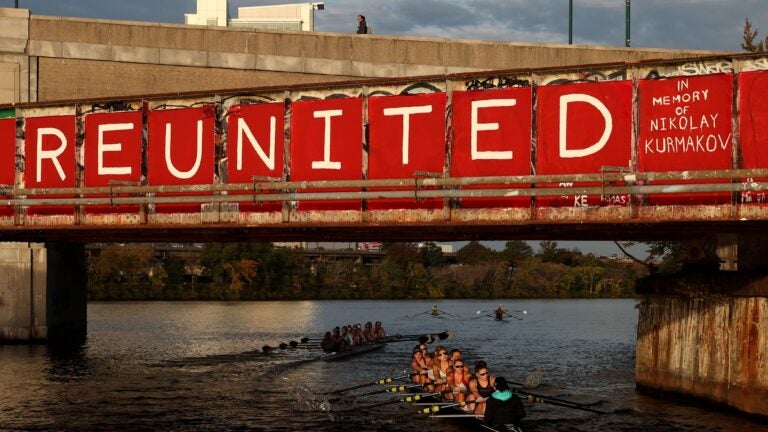 Photos: Rowers return to Boston for Head of the Charles Regatta