The Boston College men’s basketball team will have three grad transfers this coming season and one transfer who will likely sit a year before playing.

“I think that’s going to mesh well together,” Adams told Boston.com. “We can learn on the fly and do different things and have different lineups. I already have confidence in my teammates. It makes it easy to play together, because I feel like we’ll catch on to things pretty fast.”

Get to know #️⃣3️⃣2️⃣ Andre Adams! He had to sit out last season after transferring, but is ready to make some noise for us this year! ⚡️ pic.twitter.com/WFiKMZmdDF

Adams, a 6’9 forward from Avondale, Arizona, started his career at Arizona State before transferring to Southern Utah. He averaged 9 points, 6.5 rebounds, and 1.2 blocks per game this past season, shooting 64 percent from the floor. He described himself as an inside-out player who thrives in the pick and roll and likes to push the pace and play lockdown defense.

He said he sat down with his family to weigh his options and decided that BC was an ideal fit from an academic and basketball standpoint. Adams chose BC over Wake Forest, Virginia Tech, DePaul, and Georgetown. He’s never been to Boston, but he’s eager to try something new and make the most of the situation. 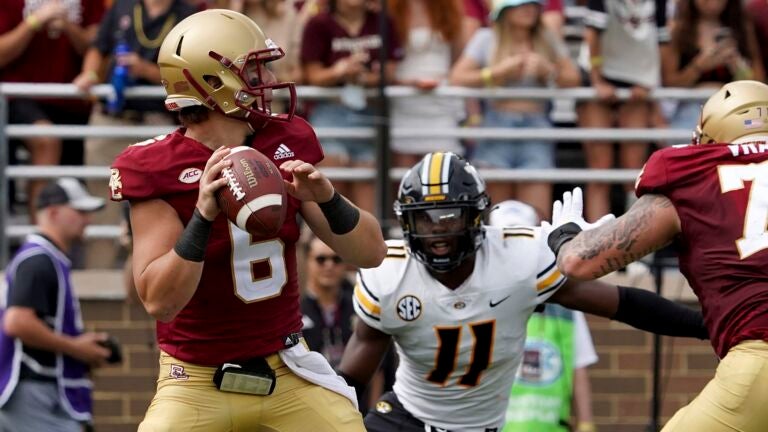