“I think very unlikely,” Metcalf said in a Zoom call with media Thursday. “It’s not built into anyone’s schedule.”

As part of Hockey East’s return-to-play plan released earlier this week, schedules have been limited to conference opponents, with games played on weekends to jibe with the conference’s COVID-19 testing protocols.

While the conference includes Boston College, Boston University, and Northeastern, Harvard competes in the ECAC. And with the men’s Beanpot traditionally held on the first two Mondays in February, followed by the women on the corresponding Tuesdays, it is hard to see a 2021 edition coming together.

The Crimson would not begin play until January at the earliest, but even that appears to be an optimistic view, as it looks increasingly likely that there may not be winter sports in Cambridge.

The first hint about hockey came over the summer when underclassmen Reilly Walsh, Jack Rathbone, Jack Drury, and Henry Bowlby signed pro contracts. That all four waited until the summer indicated that they had intended on returning to play this season, but decided to move on with the season in doubt.

Men’s basketball coach Tommy Amaker did not sound encouraging this week as to Harvard’s plans for a winter sports season.

“We don’t know,” Amaker said on Tuesday’s “Coaches vs. Cancer” roundtable discussion. “There has been no direction as of yet. We’ve had very limited kids even on campus. All of the classes at Harvard have been virtual. We’ve only actually had three basketball players actually on campus the first semester.”

Ultimately, it’s not Hockey East’s call as to whether there will be a Beanpot. For the men, the tournament is run by the four schools in conjunction with TD Garden. The women’s tournament is a joint effort among the schools.

“I don’t know if the Beanpot has made an official announcement that it would not be played this year, but I am not anticipating the Beanpot will be played this year,” said Metcalf. “The schools in our league that usually participate obviously have a full slate of games the weekend before and the weekend after built into the schedule that we put out.” 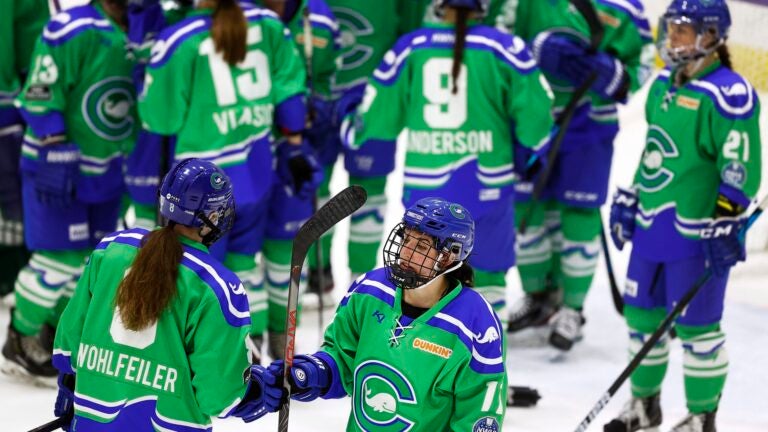