After falling behind by as many as 16 points in the second half, the UMass Lowell men’s basketball team stormed back to stun University of Maryland, Baltimore County, 79-77, in the America East semifinals Saturday afternoon.

UMass Lowell, which became a Division 1 program prior to the 2013-14 season, has never made the NCAA Tournament. The River Hawks are now one win away from doing so, and they’ll face second-seeded Vermont or fourth-seeded Hartford in the championship game next Saturday.

Forward Connor Withers led the River Hawks on Saturday with 28 points, including nine 3-pointers, and guard Obadiah Noel added 22 points and finished a perfect 6-of-6 from the free-throw line. UMass Lowell (11-11), the 6-seed, trailed 40-28 at halftime and 51-35 with 15:34 remaining before outscoring the top-seeded Retrievers (14-6) 44-26 the rest of the way. (Yes, those same Retrievers who pulled off the upset of all upsets when they became the first 16-seed to ever slay a 1-seed by knocking off Virginia in 2018.)

Withers hit a 3 to tie it at 76 with 1:27 to go, Noel buried two free throws, and Withers added another free throw to put the River Hawks ahead, 79-77, with 18 seconds remaining. Max Brooks played suffocating defense on the final possession to help clinch the victory.

Guard Bryce Daley (Pittsfield) and forward Darion Jordan-Thomas (Brockton) are the lone players from Massachusetts on the roster. Head coach Pat Duquette is originally from Dalton, was an assistant coach at Boston College and Northeastern, and has been the head coach at UMass Lowell since the 2013-14 season.

A win over Vermont or Hartford would also put the River Hawks over .500. They’re in search of their first winning season during Duquette’s tenure.

UMass Lowell lost to Ohio State by just 10 earlier this season, split regular-season matchup with both Vermont and Hartford, and beat seventh-seeded Stony Brook by two points and third-seeded New Hampshire by eight to get to the semifinals. 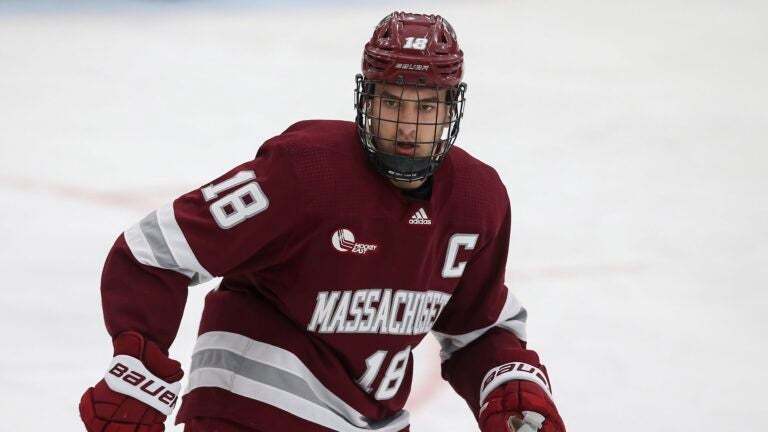