The visiting River Hawks (11-12) had produced two spectacular comebacks, but failed to turn on the afterburners as they were held scoreless from the field for a 7:07 span down the stretch. Hartford (15-8), which earned a bid to the NCAA tournament with its fifth successive victory, stopped Obadiah Noel and Connor Withers, and the Lowell supporting cast failed to compensate.

UMass Lowell survived a 0-for-11 shooting slump and an eight-minute scoring drought to take an early 11-10 lead on a Kalil Thomas 3-pointer with 8:09 remaining in the first half. It took 15:52 for Noel break into the scoring column, but Withers was held scoreless in the opening half. Hartford shot 7 for 29 (24.1 percent) in the first half, but closed with four foul shots in the final 2:12 to take a 24-18 lead.

Lowell started the second half strong, and Noel’s 3-point play and Withers’s 3-pointer provided a 26-25 advantage with 17:10 remaining. The River Hawks appeared poised for a rally down the stretch as Noel’s free throw pulled them within 42-39 and set up a bonus situation with 9:19 left. Instead, Hartford went on a 15-2 run, a Traci Carter jumper off the dribble providing a 57-41 lead with 3:32 remaining.

Noel’s 4-point play with 3:19 left brought some hope to the River Hawks. But Hartford went to a four-guard alignment and played keepaway to clinch the result. 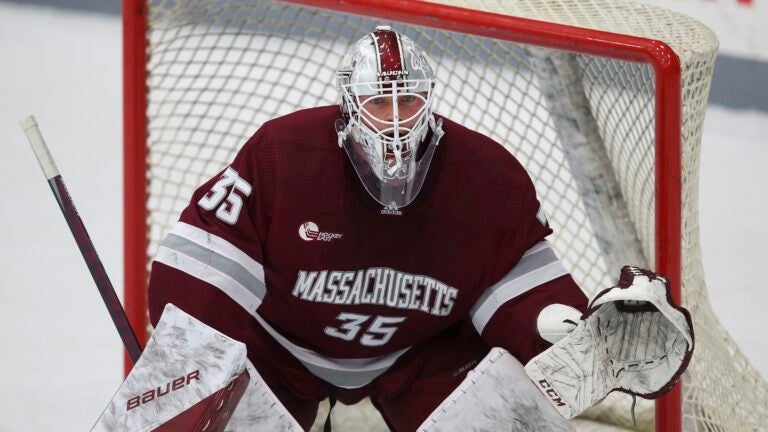