When Brevin Galloway tore his ACL this past December, the College of Charleston guard leaned heavily on head coach Earl Grant for moral support.

Grant was constantly in his ear, telling him to keep his head up as he had surgery and started the recovery process. Galloway has known Grant since he was 10 years old and considers him “like a father figure,” and now he’s following him to Boston College to finish out his college career in the Atlantic Coast Conference.

“He’s just a real genuine guy,” Galloway told Boston.com. “If you ever have a conversation with him, you’ll be able to tell within the first five seconds what type of man he is.”

Galloway, a 6-foot-2, 215-pound guard originally from Anderson, South Carolina, grew up 20 minutes from Clemson University. He first met Grant at a Clemson camp, his dad got to know Grant well, and their relationship blossomed from there.

When Grant became the coach at College of Charleston, Galloway was one of the first players he came to see and ultimately offer, and Galloway committed the following day.

“It was pretty much written from there,” Galloway said.

Galloway redshirted freshman year and played only seven games the following season due to injury. He emerged as a steady contributor sophomore year, starting 32 games and averaging 7.9 points per game.

He posted 11.3 points and 2.2 steals a night as a junior, then he averaged 15 points while shooting 41.9 percent from 3-point range in just four games this season before the ACL tear.

He got a glimpse of what life will look like in the ACC when he scored 15 points and hit three 3s in a loss to North Carolina. Galloway was in Boston when the Cougars faced Northeastern, but that’s it, and he’s eager to learn the area and quickly establish some go-to wing and pasta spots. He also confirmed that giving up the Charleston weather is well worth it.

At the moment, he’s ahead of schedule while rehabbing from his injury and is hoping to be fully cleared by July to gear up for the season. Galloway believes competing in the ACC will be a wonderful way to close out his college career, calling it a “hell of an opportunity.”

“Playing night in and night out against the best competition in the world is going to be a fun experience for me,” he said. “I can’t wait.”

As for what to expect from the Eagles this year, Galloway said that any Grant-coached team is going to play extremely hard and prioritize defense. From there, he hopes the offense flourishes and the Eagles make some noise in conference play.

Galloway said fans will be able to tell what type of culture Grant hopes to instill immediately once games get underway.

“He really cares for his players, more off the court than off the court,” Galloway said. “He’s really passionate, and really, really hungry.” 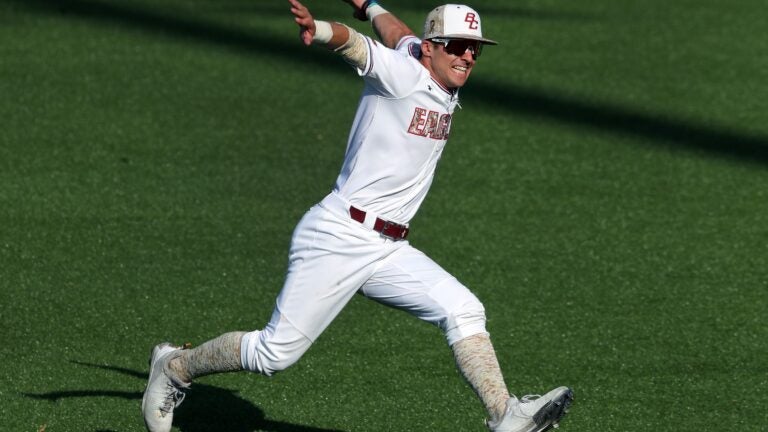