AMES, Iowa (AP) — Emergency workers recovered the body of an Iowa State University student on Monday, a day after a school crew club boat capsized during practice on a lake, killing one other student.

The students were practicing Sunday morning at Little Wall Lake in Hamilton County when the scull capsized, the university said. Three members were rescued by people who live around the lake, officials said, and a dive team recovered the body of one student later in the day.

The search for the missing student was called off Sunday night, but resumed around 7 a.m. Monday. Hamilton County Sheriff Doug Timmons said sonar technology was used to help pinpoint the likely location of the body, and the body was recovered around 9:45 a.m.

The three students who were rescued were treated at an Ames hospital. The names of the students had not been released by Monday morning.

The students were part of the Iowa State Crew Club, a recognized student organization. Members typically practice on Sunday afternoons, according to the club’s website, but also hold early morning practices during the week.

Timmons said winds at the time of the accident were around 20-25 mph (32-40 kph), which made conditions on the lake “pretty rough.” With air temperatures around 37 degrees Fahrenheit (3 degrees Celsius), the water would have been cold enough for hypothermia to set in within minutes.

Little Wall Lake is about 15 miles (24 kilometers) north of Ames.

“At this time, we are focused on providing support to club members, their families and friends,” Wintersteen said. “We ask that everyone keep them in their thoughts during this very difficult time.” 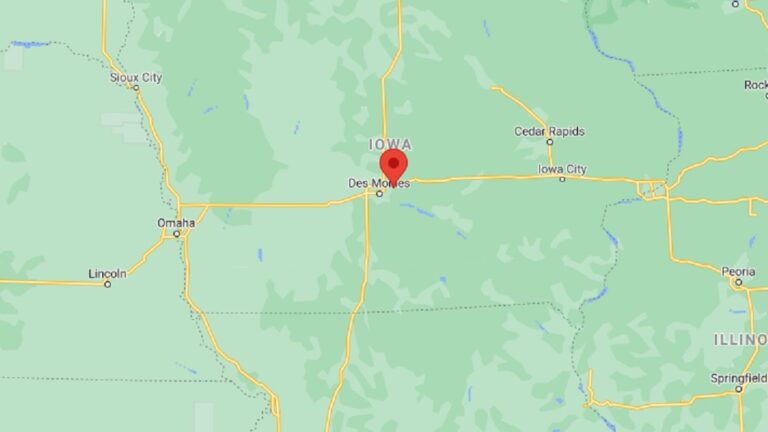 Deadly accident at Iowa amusement ride is 2nd since 2016