When Greg Carvel met with the media via video conference call late last month, it wasn’t to discuss his fifth anniversary of being introduced as the 14th coach in the history of the UMass men’s hockey team. Rather, this was about the Minutemen preparing for another trip to the Frozen Four.

After five seasons as coach at his alma mater, St. Lawrence, Carvel arrived in Amherst on March 31, 2016, touting his preparation and attention to detail. One thing he didn’t mention: Winning a championship.

Winning championships would be a byproduct. UMass captured its first Hockey East regular-seasontitle in Carvel’s third season, and made its first trip to the Frozen Four. Just two weeks ago, UMass won the conference tournament for the first time.

In addition, the program has had its first Hobey Baker winner (Cale Makar, 2019), conference Rookie of the Year (Josh Lopina, 2021), and Walter Brown Award winner (Bobby Trivigno, 2021) during Carvel’s tenure.

And Carvel won Coach of the Year awards for both the conference and nationally in 2019.

“It’s really important, as much as we’ve grown the program, to get those highlights,” said Carvel. “Instead of moral victories, we’re getting trophies and recognition.”

There had been close calls before Carvel’s arrival. The 2003-04 squad came within one goal of reaching the NCAA tournament, dropping a 2-1 decision in triple overtime to Maine in the conference championship. Three years later, the Minutemen won 22 games and advanced to an NCAA regional final before losing to Maine, 3-1.

But those achievements were in the distant past when Carvel came along, the Minutemen having gone 39-88-13 from 2012-16. There were growing pains in his first season — they won only five games — but an influx of talent from Carvel’s first recruiting class arrived in Year 2, with as many as 12 freshmen getting ice time. It was a group headlined by Makar, Mario Ferraro, John Leonard, and Mitchell Chaffee, all of whom have since signed pro contracts.

Senior Jake Gaudet was a member of that class and is captain of this year’s squad. He reflected on what his first conversation with Carvel was like.

“He told me his goal was to turn the program around, and bring it to a place where it could compete on a national level,” said Gaudet. “You hear that from a lot of coaches, but to come here and see the guys that I was surrounded with freshman year, you got the sense that it was a special group.”

The Minutemen won 17 games in Carvel’s second season, including a first-round victory over Vermont in the Hockey East playoffs — their first postseason series victory in 11 years. That set the stage for the program’s breakout 2018-19 season when Makar led the Minutemen to 31 wins and a trip to the Frozen Four in Buffalo, where they reached the title game before losing to Minnesota Duluth.

Marc Del Gaizo was a freshman on that squad, drawn to the program by the talented group one year ahead of him. He scored the winning goal against Denver in overtime to send UMass to the championship game.

“I came to UMass to win,” said Del Gaizo, who credited the remaining seniors on this year’s team, including Gaudet, Oliver Chau, and Phil Lagunov. “I knew they were revamping it up here. I came here to rebuild the program, but also Carvy’s goal was to have success on a national stage, and I’m happy to be a part of it.”

As impressive as that run was, UMass demonstrated that it wasn’t merely riding the coattails of Makar.

Shortly after the loss to Duluth, both Makar and Ferraro left after their sophomore season to turn pro. Still, the Minutemen won 21 games and finished second in the conference in 2019-20. A deep postseason run was not out of the question, but the season was halted after the completion of the regular season because of the COVID-19 pandemic.

Despite Leonard and Chaffee forgoing their senior seasons and turning pro, the Minutemen persevered, posting an 18-5-4 record in the abbreviated 2020-21 season.

“I’m pretty sure anybody would be surprised, just given how tough our conference is and where the program stood when we got here,” Carvel said when asked about going to the Frozen Four twice in his first five years. “Nobody — I don’t think anybody could’ve forecasted what’s happened. We brought in some really high-level players, but more importantly high-level people, and that’s really important.”

That extends to the coaching staff. Associate head coaches Ben Barr and Jared DeMichiel have been with Carvel since the beginning.

“Those guys are as responsible as anybody for the reason why the program is where it’s at,” said Carvel.

The success has led to increased support from the school and alumni. Last month, the program unveiled final plans to redesign the locker room. The $2 million project, which was funded through philanthropy, is the last phase of facility upgrades for the team.

The renovation includes custom wood lockers, a player lounge, nutrition center, dry locker room, and recovery area. Carvel calls the project “a game changer” for the team and for recruiting.

But for now, the immediate attention is on the Frozen Four in Pittsburgh, where UMass hopes to benefit from its trip in 2019.

“Last time it was eyes wide open, just going where we’re told,” said Carvel. “Now we kind of have a feeling of how it runs and how important it is to make sure your players get proper rest and preparation. The experience, we think, will be very helpful for us this time.” 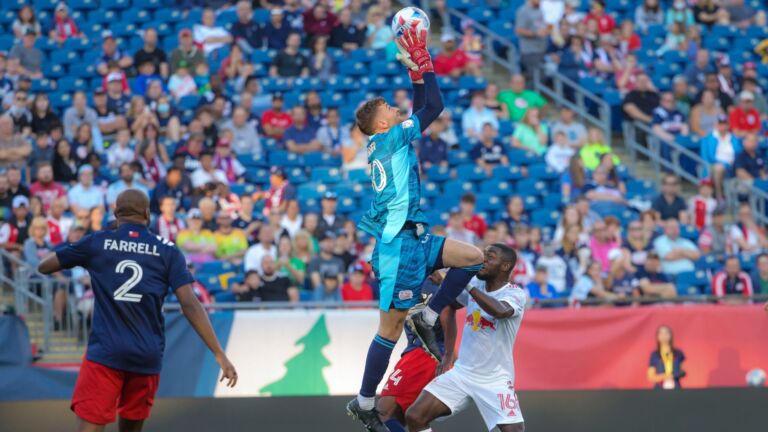