Due to COVID-19 contact tracing protocols and in accordance with school policies, the Massachusetts ice hockey team will be without four players for Thursday’s NCAA Frozen Four game vs. Minnesota-Duluth: forwards Carson Gicewicz and Jerry Harding, and goalies Henry Graham and Filip Lindberg.

“I feel for these players who have sacrificed so much over the last year and committed themselves to getting our team to this point,” coach Greg Carvel said in a statement. “They have earned the right to compete for a national championship, and to have this unfortunate situation occur now is hard to comprehend. But nevertheless it’s a result that we have to accept, and we will move forward together and utilize the depth of our roster for Thursday’s game in Pittsburgh.”

Gicewicz is the leading goal-scorer for the Minutemen with 17, including a hat trick in the 4-0 win against Bemidji State in the regional final.

The Minutemen will take on two-time defending champion Minnesota-Duluth on Thursday at 9 p.m. (ESPN2) in a rematch of the 2019 NCAA championship game. The winner will advance to Saturday’s national championship game against either St. Cloud State or Minnesota State. 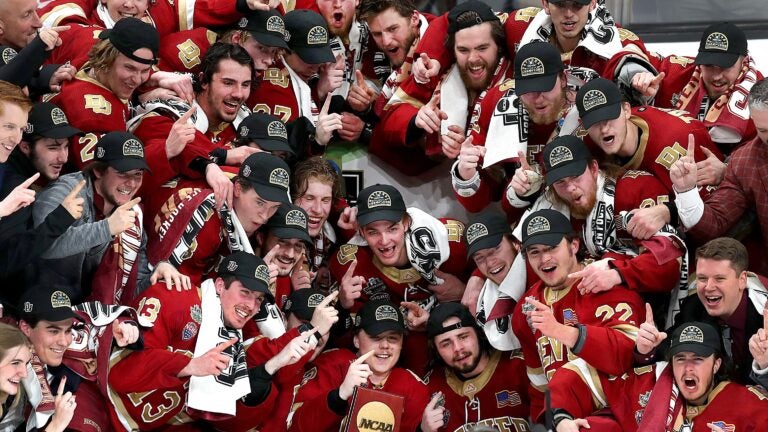 Here's to giving the Denver Pioneers their long overdue respect