Sluka passed for 123 yards and ran for 112. His long run set up Tyler Purdy’s 14-yard TD carry — his second score of the game — to give Holy Cross a 10-point lead with just over eight minutes left.

Holy Cross, two-time defending Patriot League champion, gained the FCS playoff field last spring and the defeat of UConn is its first against an FBS opponent since 2002 (Army).

The Crusaders grabbed a 24-21 halftime lead when a Derek Ng’s 30-yard field goal sailed through the uprights with three seconds on the clock and never trailed again.

Holy Cross’ Liam Anderson forced a fumble on UConn’s first drive of the second half, recovered by Jared Dyer, and the Crusaders scored in five plays, pushing the lead to 31-21.

Ng’s ensuing kickoff covered just 23 yards, setting up the Huskies (0-2) at midfield. Jack Zergiotis pulled UConn back within 31-28 with an 8-yard scoring pass to Jayce Medlock.

Zergiotis was 17 of 41 passing for 174 yards and three TDs. He was also picked off three times. 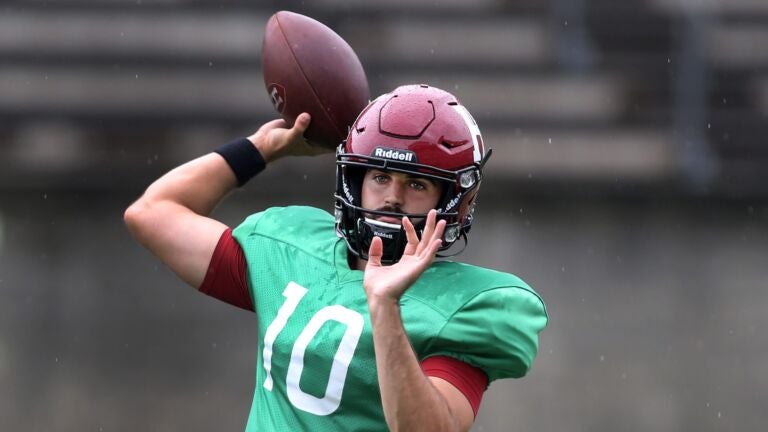