Grosel – who stepped into the quarterback spot following the injury to starter Phil Jurkovec during last week’s win over UMass – also added a touchdown pass to Jaden Williams.

The Eagles defense recorded four sacks of Owls quarterback Justin Lynch, who was under constant pressure the entire afternoon. Boston College was especially effective on 3rd down, where they held Temple to 2 for 13 overall.

Boston College (3-0) set the tone for the game with Levy’s 66 yard return of the opening kickoff just inside the Temple 30. Two plays later, Grosel found Williams on a slant in the end zone for a 19-yard touchdown pass.

That would be the highlight of the passing game for Grosel, who completed only 5 of 13 passes for 34 yards with an interception during his first start. However, the Eagles running game piled up 190 yards on 33 carries with Garwo, Grosel and Zay Flowers all rushing for over 45 yards.

Garwo would dive through a hole in the middle of the Owls defense from 1 yard late in the first quarter while Grosel capped off the scoring on a quarterback sneak on fourth and goal from the 1 midway through the fourth quarter.

Boston College will likely get some more Top 25 consideration in the poll thanks to its first 3-0 start in three seasons. A game against 2-1 SEC opponent Missouri next week will offer the Eagles their biggest non-conference test before opening ACC play at Clemson on Oct. 2.

Temple’s offense has been looking for some spark after losing Georgia transfer quarterback D’Wan Mathis to an injury against Rutgers. While Lynch was able to move them more effectively in the second half, the Temple offense needs to upgrade before heading into the American Conference schedule.

Boston College will host Missouri next Saturday in their final non-conference game.

Temple will play FCS school Wagner next Saturday in Philadelphia.

Visit Meteorite crashes through ceiling and into woman’s bed 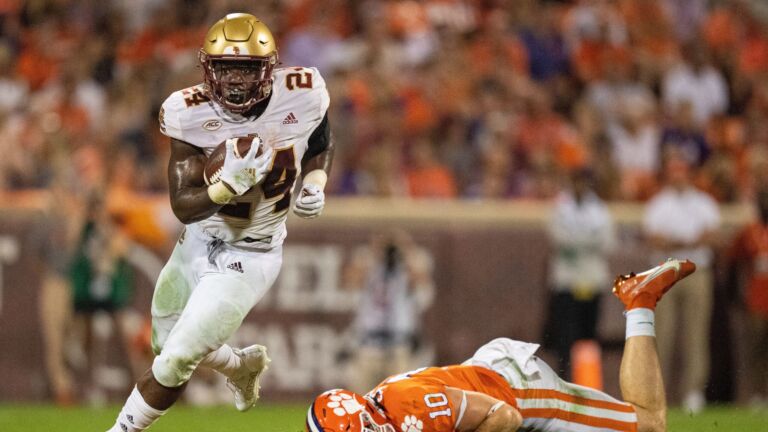