As the North Carolina State lead ballooned from 3 points to 10 to 17 in a span of five minutes last Saturday, Boston College football coach Jeff Hafley felt as though a tidal wave had hit his players.

“I obviously need to do a better job of making sure they respond, because we’re still in the game,” Hafley said. “It got away from us at that point.”

No. 22 North Carolina State erupted for 21 third-quarter points en route to a decisive 33-7 win, quickly turning a tight contest into a head-scratching major setback for the Eagles. Hafley acknowledged it was a disappointing outcome — especially considering the sizable and rowdy crowd on hand at Alumni Stadium — but he said BC’s main focus is on learning from that game and using it as a springboard for improvement.

The Eagles (4-2, 0-2 Atlantic Coast Conference) will look to snap a two-game skid when they face Louisville (3-3, 1-2) on the road Saturday at 4 p.m. It’s no secret that they are in need of a jolt, yet Hafley isn’t concerned.

“There’s no reason for anybody to panic or start thinking some crazy things,” Hafley said. “Our guys are going to fight, and we’re going to get better.”

Hafley conceded it was “hard for guys” to watch the tape Sunday. He said it’s fine to wonder what could have been for one day, while also analyzing the film, but after that, it’s time to regroup.

If he and his players fail to learn from a game like that, he said, then he’s not doing his job.

He said there’s not as much noise on the inside as people seem to think there is. BC is still two games above .500, and Hafley firmly believes it is “a damn good team.”

“It leaves a bad taste in your mouth,” free safety Jason Maitre said, “but you’ve got to move on.”

The Eagles will try to slow down a high-octane Louisville offense that ranks fourth in the ACC in passing and fifth in rushing. Hafley said Malik Cunningham is often pigeonholed as a running quarterback, but he can do so much more.

The Eagles are 10th in the ACC in turnover margin, causing just seven compared with nine for their opponents. Their ability to pressure the quarterback, and force the elusive Cunningham into unwise decisions, will be magnified Saturday.

While the Eagles are craving a crucial victory, the Cardinals are in a similar spot. After starting 3-1, they’ve lost their last two games, by 3 to Wake Forest and 1 to Virginia. Hafley is adamant that Cunningham would be in the ACC MVP conversation if those results had gone the other way.

He called the Cardinals offense — which also features running back Jalen Mitchell and tight end Marshon Ford, among others — the most athletic he’s seen this year on tape.

Offensively, the Eagles have cooled off considerably as the competition has stiffened. Grosel (85 for 143 for 982 yards, 5 touchdowns, 5 interceptions) has been inconsistent in ACC play and has struggled to connect on the long ball with Zay Flowers.

Grosel said it isn’t due to a lack of chemistry, and he is optimistic about their chances to link up soon.

“I tell him every time I miss him that we’re going to get the next one,” Grosel said. “I’m confident in him, and he’s confident in me.”

The Eagles also will look to reestablish their run game after finishing with minus-3 yards in the second half against North Carolina State. Part of that was the Eagles trying to play catchup, and they’re not overly concerned about it.

On special teams, after establishing itself as one of the best units in the country early in the season, BC faltered last week. Connor Lytton missed an extra point and Grant Carlson muffed a punt that led to a North Carolina State fumble recovery for a touchdown. The hope is that those miscues are fluke plays and remain an anomaly.

The Eagles were ready to move on as soon as they hit the practice field. They know Saturday’s game won’t be easy — in a hostile road environment against a team also on a two-game skid — but they believe they’re up for the challenge. 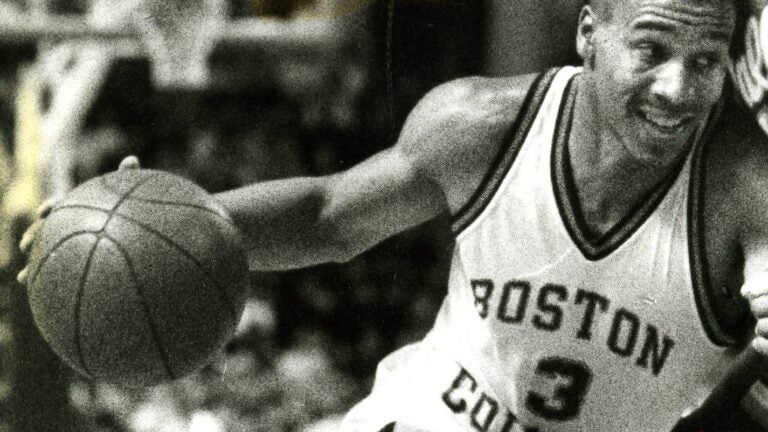