When Phil Jurkovec went down with a significant hand injury against UMass in Week 2, he feared his season was over.

He knew there was an outside chance he could play in a game or two if everything went according to plan, but the Boston College quarterback never expected to be back anytime near Week 9. Following nearly two months of diligent rehab, Jurkovec made his triumphant return well ahead of schedule last Friday, helping the Eagles cruise past Virginia Tech, 17-3, at Alumni Stadium.

He finished 7 of 13 for 112 yards with an interception and added nine carries for 65 yards and a touchdown. The numbers weren’t eye-popping, but his presence was instrumental in helping the Eagles snap a four-game losing streak. BC is now 9-4 with Jurkovec and 2-5 without him in the Jeff Hafley era, and that’s far from a coincidence.

Jurkovec and the Eagles (5-4, 1-4 Atlantic Coast Conference) are set to face Georgia Tech (3-6, 2-5 ACC) on the road Saturday at 3:30 p.m. with a chance to guarantee a .500 regular-season record. Though BC wasn’t able to win a conference game without him, it still has a prime opportunity to run the table with him and compensate for a disappointing stretch.

Jurkovec was forced to watch from the sidelines as the team struggled to put up points and was left wondering what could have been. Despite the lack of reps, he did best to stay patient, help his teammates, and learn about himself and the sport. Now, with a newfound perspective, he doesn’t have to wonder anymore.

“Taking a step back and looking at it differently did help me,” Jurkovec said.

Two weeks before the Virginia Tech game marked the first time he realized he could return. Doctors told him a lot of it came down to how he was feeling, and the better he felt, the more he started throwing and preparing.

Once doctors cleared him, he started getting more reps as the week progressed. Though it wasn’t a normal workload, it was enough to help him feel more comfortable and prepared.

Hafley, who called Jurkovec’s return “remarkable,” said it wasn’t something the team was hiding or something that was planned. It was simply a case where he and offensive coordinator/quarterbacks coach Frank Cignetti let Jurkovec decide, and the answer was a resounding yes.

“When Phil looks you in the eye and says that, you listen to him,” Hafley said.

When the game began, there was a clear energy that had been largely absent the past few weeks. Jurkovec’s ability to invigorate his teammates helped the Eagles resemble the team they were early in the season.

It’s abundantly clear that BC’s offense is far more multidimensional with Jurkovec under center. Flowers credited Jurkovec for his ability to make something out of nothing and extend plays. He even recovered a fumble after throwing his lone pick to set up his rushing TD.

“It’s probably the most confident, fearless, and the best leadership I’ve seen from him,” Hafley said. “Not his best performance, but he threw some good balls. He had a different way about him, and we all felt it.”

Now that he’s been able to take more reps in practice, and get full-speed timing down with receivers again, Jurkovec expects to continue to get into more of a rhythm.

So too do the Eagles, who suddenly have plenty of renewed hope after their season appeared to be drifting away.

“Phil’s been our leader,” Hafley said. “He’s been a guy who’s made a ton of plays for us. In our opinion, he’s one of the best quarterbacks in the country.”

Wide receiver C.J. Lewis (finger) and defensive back Jason Maitre (shoulder), both starters, recently had surgery and are expected to miss the rest of the season … Offensive lineman Tyler Vrabel (upper body) is probable, tight end Trae Barry (knee), and defensive back Brandon Sebastian (knee) are questionable, and linebacker Isaiah Graham-Mobley (upper body) is doubtful … BC allowed only 73 passing yards to the Hokies, tied for its fifth-fewest in a game since joining the ACC in 2005. The Eagles are sixth in the country in fewest passing yards allowed per game with 162.8 and ninth on third-down defense (.305). 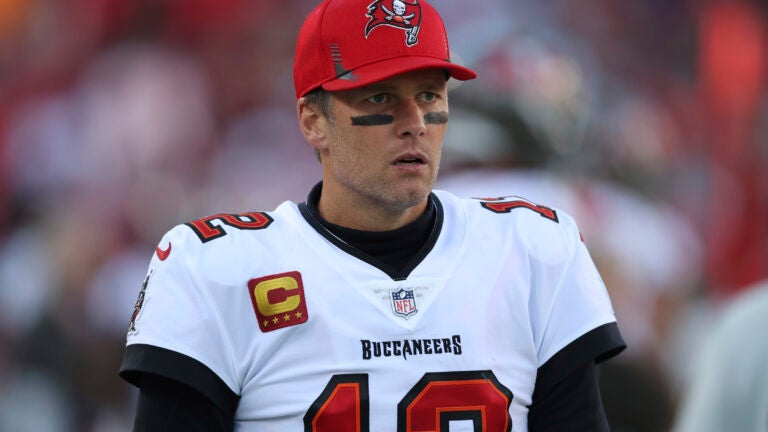 Tom Brady's return to the Bucs next season isn't a lock