As the Southern Methodist football team prepares to face Virginia in the Fenway Bowl on Wednesday, many players are experiencing Boston for the first time.

The Mustangs do have a tight end from Connecticut, but the vast majority of players on their roster are from Texas. The team Twitter account posted a video Thursday testing how well players and coaches know Boston slang.

The short answer – not well. Not well at all. Here’s the video, and below are some lowlights.

One player guessed “packie” meant a gun and another said “something you carry.” Two players did correctly identify it as a liquor store.

Next up, one player inferred that “bubbler” meant soda and and another agreed it was “a pop.” A fellow SMU player believed bubbler was “a beer,” but a teammate corrected him.

One said “Dunks” meant “skateboarding shoes,” but a few others realized it was short for Dunkin’ in Massachusetts.

“Bang a uey” was head-scratcher for one Mustang, who pronounced it “bang-a-way.” When prompted with the word “wicked,” one player said “wicked stupid.”

Kickoff is set for 11 a.m. at Fenway Park. Perhaps the Mustangs can celebrate by picking up some skateboarding shoes. 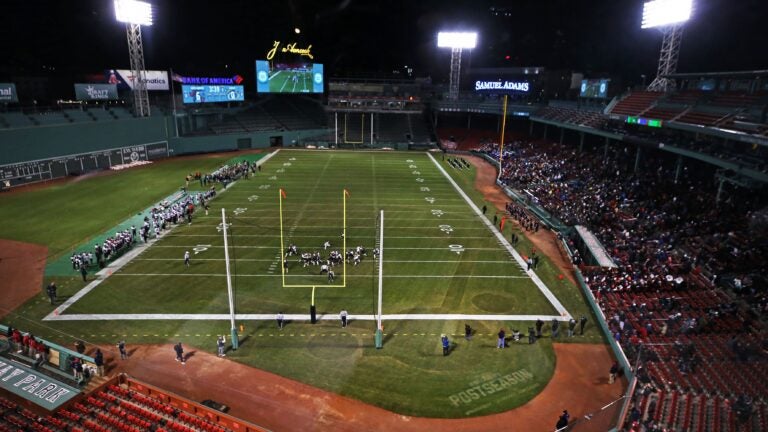 Fenway Bowl between SMU, Virginia canceled for second straight year because of COVID-19