The University of Massachusetts announced on Tuesday that it plans to part ways with men’s basketball head coach Matt McCall.

“Matt poured himself into this role and has been a great teammate and partner as we worked to build a championship program,” UMass athletic director Ryan Bamford said in a statement. “Unfortunately, we have not met the results we desire on the court and I believe a change at the end of the season is in the best interest of the program.”

UMass is currently 12-16 and 5-11 in Atlantic 10 conference play with two regular-season games remaining.

McCall — who previously coached at Chattanooga — joined the program in 2017 after UMass parted ways with Springfield native Derek Kellogg. McCall was the program’s second choice at the time — in a bizarre turn of events, Winthrop coach Pat Kelsey agreed to lead the program only to back out just minutes prior to his introductory press conference citing “personal reasons.”

Prior to the 2019-20 season, McCall re-worked his coaching staff and added several big-name recruits. Perhaps the biggest was Tre Mitchell, a top-100 player who joined the program along with his prep-school coach Tony Bergeron. Bergeron — who coached at Woodstock Academy prior to UMass — brought seven Woodstock players along with him, and UMass made him one of the highest-paid assistant coaches in the A-10.

The partnership, however, was short-lived. UMass let Bergeron go last year. Mitchell — whose mother was reportedly engaged to Bergeron — transferred to Texas shortly afterward. Prior to this season, Bamford seemed to hint McCall was on thin ice.

“There’s no doubt we need to be better,” he said, per The Boston Globe’s Bob Hohler. “We’re in a great, competitive league, and we need to figure out how to carve out our spot for success in this league, which is hard to do.”

McCall reportedly was slated to make an average of $750,000 per year over the life of his contract if he remained at UMass for all five years, with an escalating salary over the years. Next season would have been his fifth with the program. 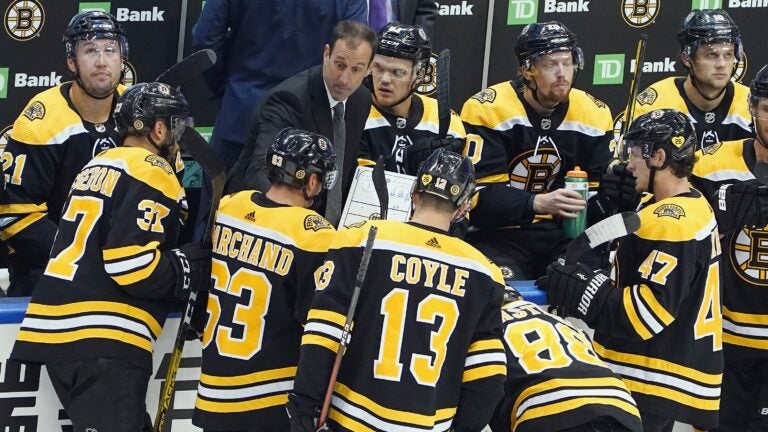