As the celebration he had envisioned countless times unfolded in reality around him, Ed Cooley felt an overwhelming sense of nostalgia.

After clinching the Big East regular season title with a win over Creighton on Feb. 26, the Providence College men’s basketball head coach took a moment to detach himself from the chaos and reflect on the days when he snuck in through the back door to catch PC games as a kid. The lifelong Friar fan couldn’t help but beam at how far the program has come. Wow, he thought to himself. Anything’s possible.

The No. 11 Friars (24-4), who open the Big East Tournament Thursday at noon against Xavier or Butler, are amid one of the most historic seasons in program history. Always a proud program, and one that’s made many deep runs in March, the Friars had never pieced together a regular season quite like this one. Picked to finish seventh in the conference’s preseason poll, they relied on a savvy, senior-laden group to cement their place in New England hoops lore.

“I felt like that was a slap in the face,” grad transfer Al Durham said of the poll. “They didn’t respect us or respect our team, so it created a fire for us to prove that we’re supposed to be where we are today.”

As they transition to the postseason, proud of all they’ve accomplished but knowing there’s more work to be done, they shared with Boston.com what’s made this season so uniquely beautiful.

Back in ninth grade, when Roxbury’s A.J. Reeves first met Cooley, he gravitated toward his sincerity and earnestness right away. Following a standout career at Brimmer and May, Reeves had lofty goals when he arrived at Providence as the No. 6 shooting guard in his class.

Reeves, well aware of how the transfer portal can provide athletes with a chance for something new, chose to stay at Providence because of the connections he built with his coaches and teammates. He still believed in the team that recruited him all those years ago, and he could tell the staff knew he was still the hungry player they recruited.

With Nate Watson and Noah Horchler electing to stay another year after graduating, senior Ed Croswell and redshirt junior Jared Bynum also coming back, and a strong core of underclassmen and a talented recruiting class coming in, Reeves and his teammates were confident it was just a matter of time before everything clicked.

“I felt like we had unfinished business here,” Reeves said. “I didn’t want to leave on a sour taste. I felt like we could do something special.”

They brought in some new faces who fit their style.

The Friars had almost everything they needed, but they added grad transfers Durham (Indiana) and Justin Minaya (South Carolina) to bolster their depth even more.

Reeves said it felt like everyone on the roster had already known one another for years, and it was an extremely organic and stress-free transition.

“It felt natural,” Reeves said. “It didn’t feel forced. It didn’t feel like anybody had an ego. Everybody just wanted to go out as a winner. They came in, and it was just instant stars and sparks.”

Cooley loves recruiting the traditional way, but he said it behooves teams to adjust their tactics given the current, ever-evolving landscape of college hoops. They wanted players who were older, battle tested, and tough, and Durham and Minaya fit those criteria perfectly. Assistant coach Ivan Thomas had recruited Durham out of high school, and the Friars had a pre-existing relationship with the staff at South Carolina.

Durham called it a “no-brainer” to come to Providence and said it “felt like home” right away. Once the Friars built chemistry in the summer and fall, and realized how well their pieces fit together, they collectively felt undervalued and disrespected heading into the season.

“We knew we had something,” Reeves said. “You could see early on that we jelled together.”

They mastered the art of winning close games.

Providence set the lofty goal of winning the regular-season title but made sure to not overlook any opponents along the way. The Friars finished 10-1 in non-conference play, and six of the 10 wins came by 11 points or fewer. They established themselves early on as a team that thrives under pressure.

Cooley said the Friars have compiled a chart with 74 late-game scenarios – everything from 15 seconds left, down three, with one free throw remaining to 40 seconds left, up three, sideline out and much more. With such an experienced team, the learning curve isn’t as steep as it might be elsewhere.

Providence started conference play beating UConn by 4, Seton Hall by 5, Georgetown by 8, Butler by 7, Xavier by 3, Marquette by 2, and St. John’s by 4 in a span of 10 games. A 3-point overtime win over DePaul, 1-point triumph over Butler, and 7-point, triple-overtime victory over Xavier followed, as the trend became impossible to ignore.

The chance to finally clinch the title happened to fall on Senior Night, in late February, and the Friars played one of their best games yet en route to a 72-51 win over Creighton to cement a 16-1 record at home. They knew the work wasn’t done, but it was a fitting ending to the first part of what they hope will be a long and gratifying journey.

They had to wait a few extra minutes when a tallboy spilled on the court, but they had waited decades, so they didn’t mind the brief holdup. The celebration matched the mood, as fans stormed the court, players hugged one another, and Cooley bathed in Gatorade.

“It’s something that we’ll remember here for years,” Durham said.

They’re grateful for the community support.

As the Friars have ascended to new heights, the buzz on campus has reached its apex. With fans belting out Taylor Swift’s “You Belong With Me,” and a collective sense of accomplishment permeating to the community as well, Cooley can’t help but smile at the culture they’ve created together.

“It’s something that I talked about in 2011, taking the job,” Cooley said. “I want everyone to feel part of who we are and what we are.”

As momentum has ebbed and flowed over the years, the fan base has stayed loyal and patient despite several missed opportunities to win the Big East regular season title. Cooley was an assistant at Boston College in 2001 when the Eagles spoiled Providence’s chances at the crown – one of many instances where it seemed within reach but didn’t materialize. Once he landed his dream job, he made that a critical part of his mission. Now, that piece is complete.

A constant since 1979 in a conference that has changed dramatically, the Friars have always been a team synonymous with a city. Reeves said running into fans at the grocery store and meeting young kids has a whole other layer now that the Friars are Big East champs. As one of the main attractions in town, they take great pride in inspiring the next generation.

Cooley said the action at the Dunkin’ Donuts Center isn’t just a game, it’s an event. He’s incredibly grateful for the unwavering community support and in disbelief at how far they’ve come. Reading letters from exuberant, lifelong Friars fans like himself is a privilege he doesn’t take for granted.

“I feel like I’m dreaming every day,” Cooley said. “I don’t want to be woken up from the dream.” 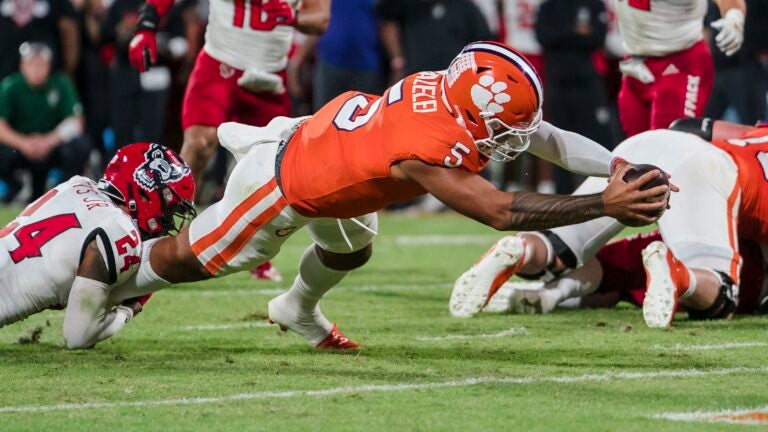