Anthony Richardson, a University of Florida quarterback known as “AR-15” for his initials and his uniform number, has announced he is embracing a less violent image as he heads into a season in which he is projected to be one of the top players in college football.

Richardson, who also sells a line of apparel, wrote on Twitter on Sunday that he no longer wanted to be associated with an assault weapon used in mass shootings that have horrified the nation.

“It is important to me that my name and brand are no longer associated with the assault rifle that has been used in mass shootings, which I do not condone,” he wrote on Twitter. The message became the only content on the homepage of his personal website.

He added that he was “transitioning” to using “AR” or no nickname at all.

Another site of Richardson’s, www.shopar15apparel.com, which sold T-shirts and temporary tattoos with a scope reticle, carried a message Monday night saying that it was “no longer active.”

In an interview posted Sunday by the sports media group High Top Sports, Richardson attributed the decision to “talking to my team” — “you know, my management team,” he clarified — and added, “There’s a lot of stuff going on with AR-15s and shooting and stuff, and a lot of people hit me up just talking about it, asking me if I was supporting that stuff.”

He continued, “I don’t want people thinking I’m that type of person.”

In Florida, a jury is now weighing whether to give the death penalty to Nikolas Cruz, who pleaded guilty to killing 17 people and injuring 17 more at Marjory Stoneman Douglas High School. He, too, used a gun resembling an AR-15.

Representatives of Richardson did not immediately reply to a request for a comment Monday night about whether anything in particular had prompted his decision.

Oddsmakers consider Richardson among the top prospects for winning the Heisman Trophy this season, when he will be a sophomore. With acrobatic dexterity and a 6-foot-4, 232-pound frame, he is capable of electrifying plays on the field, such as an 80-yard touchdown run against South Florida last season in which he barreled through a safety.

Richardson, who is from Gainesville, the home of the University of Florida Gators, appeared in October in a video for the Gainesville Police Department promoting a gun buyback program. But in addition to promoting gun-themed merchandise, Richardson also appeared in at least one promotional video striking a pose in which he aims a football like a gun.

The fact that he has a brand and management team is a function, to a large extent, of the NCAA’s decision in June 2021 to allow college athletes to make endorsements deals and find other opportunities to earn money from their names, images of them and their likenesses.

In October, Outback Steakhouse announced a sponsorship deal with Richardson. Around the same time, Richardson posted a website where the landing page emphasized his AR-15 nickname, according to the Wayback Machine, a website that hosts an archive of the internet.

“It’s a blessing for us to be able to make money,” Richardson told Forbes in October. “It teaches us how to manage money and understand the business aspect of things. It also allows us to help our families in ways that we couldn’t before.”

This month, the Dallas Cowboys drew criticism on social media when they announced a partnership with Black Rifle Coffee, a coffee company whose merchandising has featured names and images of guns and gun paraphernalia. 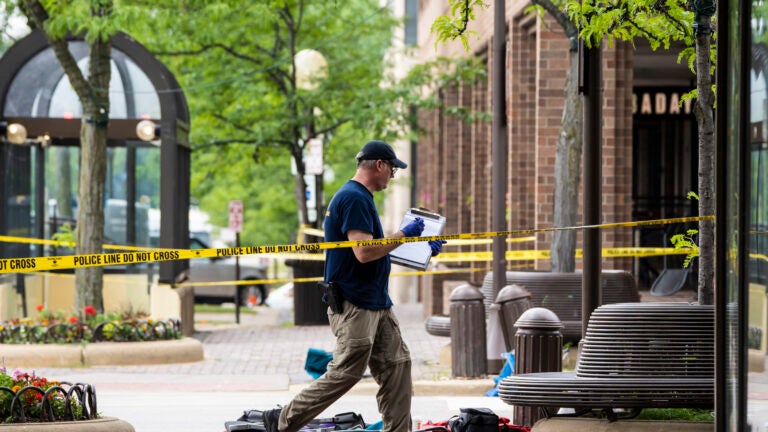