On the wall inside a meeting room at Boston College, the number “4.5″ hangs on a board in giant font.

It’s impossible to ignore, and the Eagles don’t want to ignore it. They want it in plain sight, as a constant reminder that allowing 4.5 yards per carry is unacceptable.

In Year 3 under Lukabu and defensive-minded head coach Jeff Hafley, it’s no secret that the BC run defense has to improve significantly. Dual-threat quarterbacks such as Louisville’s Malik Cunningham and Syracuse’s Garrett Shrader ran wild on the Eagles last fall, and running backs such as Clemson’s Kobe Pace, Syracuse’s Sean Tucker, and Missouri’s Tyler Badie had their way as well.

At the same time, BC allowed the fourth-fewest passing yards per game in the country (173.5) and the fifth-fewest third-down conversions (51). With the bulk of the secondary back, it’s fair to expect the Eagles to excel in pass defense again. The consensus is that if they can figure out how to stop the run, it will pay major dividends.

With the Sept. 3 opener against Rutgers quickly approaching, the Eagles are encouraged by what they’ve seen so far. Hafley said there’s more depth on the defensive line than BC has had since he arrived.

Chibueze Onwuka is healthy after missing all of last year with an Achilles’ tendon injury. Marcus Valdez, Shitta Sillah, Cam Horsley, Khris Banks, Izaiah Henderson, Ty Clemons, Neto Okpala, and Ezeiruaku all return with experience and something to prove.

Ezeiruaku said there’s a “better” and “newer” feel in the room. . They feel like the time is now to whittle that 4.5 down to a tidy 2-point something.

Hafley also has highlighted the speed and physicality of the linebacking corps. Bryce Steele, Vinny DePalma, Kam Arnold, and Jaylen Blackwell are names to know. Much like the defensive linemen, they speak with conviction about the group’s potential.

“Personally, I feel as though we’re probably the most athletic linebacker group in the ACC, if not in the country,” Steele said. “A lot of our guys can run, hit, and we’re physical, violent players.”

Steele said Lukabu constantly emphasizes the importance of stopping the run. He acknowledged that many opponents believe they can “run the ball down our throat.” He said he’s seen a different edge in camp than he saw last year.

DePalma, who has drawn comparisons to former BC standout Max Richardson, highlighted the overall experience and continuity compared with previous years.

“We’ve got a lot of guys that have been here for all three years in Coach Hafley’s defense and Coach Tem’s defense,” DePalma said.

All four of the leading tacklers from last year — Arnold, Jaiden Woodbey, DePalma, and Josh DeBerry — are back. The three leaders in sacks — Valdez, Ezeiruaku, and Banks — return as well.

Valdez noted that because he has proven himself, he has the luxury to take more shots and creatively get to the quarterback. While stopping the pass will always be critical, there’s more flexibility to incorporate different ways to generate pressure.

The secondary, which features versatile players such as Elijah Jones, Woodbey, Jason Maitre, CJ Burton, and DeBerry, should be one of the best in the country again.

They refer to themselves as “the jungle.”

“The jungle is never a safe place,” Maitre said. “You’ve got to go attack or you’re gonna get eat.”

If that mind-set can spread to the entire defense, it could go a long way for a team hoping to establish itself as an ACC contender. 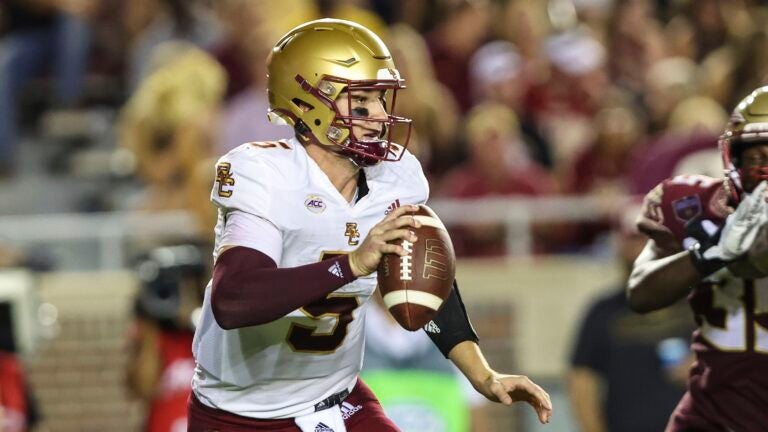