Outdoor college hockey will return to Fenway Park in 2023 with a pair of doubleheaders.

The games will be played in the days following the 2023 Winter Classic when the Bruins host the Penguins at Fenway on Jan. 2.

“We are thrilled to bring college hockey back to Fenway Park for the fifth time, continuing a tradition established in 2010,” said Brett Miller, director of special events at Fenway Sports Management. “New England is home to some of the top hockey programs and most passionate fans, so this year’s Frozen Fenway promises exciting contests and memorable experiences for all who attend.”

A pair of men’s games will be played on Saturday, Jan. 7, featuring last year’s top two finishers in league play. Northeastern, which won the regular season crown, will get the action going at 2:30 p.m. against UConn, a program coming off its first trip to the Hockey East championship game. That will be followed by UMass, which finished second in league play but defeated UConn in the conference title game, taking on Boston College at 6 p.m.

There will also be a women’s doubleheader featuring Boston University vs. Holy Cross as well as a second game with the teams to be announced.

“Fenway Park is an iconic venue that has already played host to memorable college hockey games, and our schools are excited to take the ice and compete for our fans and bragging rights,” said Hockey East commissioner Steve Metcalf. “These games at the park will create once-in-a-lifetime memories for the players, students, alumni, and all hockey fans. We are proud to be part of such a special event and appreciate the City of Boston and FSM for welcoming us back.”

Ticket information and additional Frozen Fenway schedule updates are available at redsox.com/frozenfenway. Details for the Boston University-Holy Cross doubleheader, including game date, times, and ticket availability, will be announced at a later date. 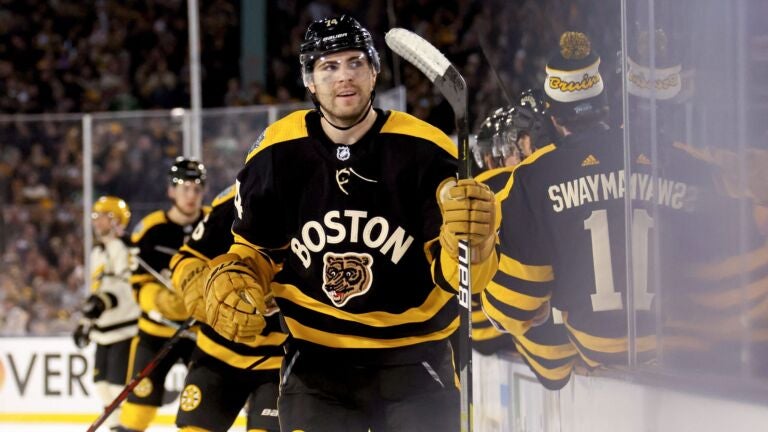