When Jeff Hafley arrived at Boston College following the 2019 season, he inherited former coach Steve Addazio’s recruits and had time to add only three players to a relatively small Class of 2020.

The following season, Hafley and his staff met recruits and their families over Zoom. They pieced together the 37th-best class in the nation, per 247 Sports, but nothing could replicate in-person interaction.

With the Class of 2022, Hafley & Co. were finally able to recruit fully and meet players and their families face to face. This class — ranked 40th overall and sixth in the Atlantic Coast Conference — developed organically and with far fewer logistical hiccups.

While many players in the Classes of 2020 and 2021 are contributing now, very few chipped in as true freshmen. That’s not the case with the Class of 2022.

When the Eagles (2-3, 1-2 ACC) try to upset No. 5 Clemson (5-0, 3-0) at Alumni Stadium Saturday night, they’ll be relying on many true freshmen. Part of that is out of necessity due to injuries, but a larger factor is that those players have earned their spots on the depth chart.

“We think our class is going to be special,” running back Alex Broome said.

Players can compete in up to four games before their redshirt eligibility goes away. Many current freshmen have already eclipsed that number or are about to do so.

“I’m not going to burn their redshirt just to throw them in there,” Hafley said. “That needs to be calculated and well thought out. If you start to see those guys, we’re going to use them going forward. I’m not just going to shelf them and say, ‘There goes your year.’ ”

The local headliner of the bunch is Griffin, a 6-foot-4-inch, 200-pound pass-catcher out of Springfield Central with NFL potential. Don’t be fooled by the braces or the boyish charm. The four-star recruit and No. 1 receiver in Massachusetts has already proven that he’s fully ready to contribute in college.

Griffin has caught touchdown passes each of the past two weeks, including a laser against Louisville when he boxed out the defender and used his size to snare the ball at its apex. Quarterback Phil Jurkovec trusted him to make the play in traffic, and Griffin had the poise to do so.

“He’s just competing,” said wide receiver Zay Flowers. “Usually freshmen don’t come in and compete the way he has and fight for what he got. He’s been fighting for it ever since he came here.”

Griffin said it was “fast learning” at first, but he feels more comfortable every week as the game is slowing down for him. Absorbing knowledge from players such as Flowers has helped significantly.

Clemson has the best run defense in the ACC but statistically the worst pass defense, so Griffin could be involved once again, especially if the Tigers blanket Flowers.

Griffin knows he’s playing for more than himself, and that mind-set keeps him motivated.

“Being local, honestly, I know all the kids around [Massachusetts] are looking up to me,” Griffin said. “People text me all the time. It feels good to be a role model and someone they can look up to.”

Broome, a 5-8, 185-pound back with elite footwork, vision, and shiftiness, is also blossoming into a key cog in BC’s offense. He has averaged 5.6 yards per carry on 21 attempts and busted out a 40-yard TD run against the Cardinals last Saturday. Hafley said that every time Broome gets on the field, he “seems to make something happen.”

On the TD run, Franklin paved the way with a menacing block. Franklin, the No. 1 tight end in Maryland last year, has flaunted his potential and emerged as a reliable option. Jackson, the No. 8 cornerback in Georgia, has impressed as a ballhawk. Bowry, the No. 2 offensive tackle in Maryland, has filled in admirably as other offensive linemen have dealt with injuries.

Broome credited the upperclassmen and coaches for showing the freshmen the way.

His advice to future freshmen is to trust what’s gotten them there. Just because the scenery changes, that doesn’t mean their game has to.

“There’s no reason to fret or do anything that you wouldn’t normally do,” Broome said. “Just take the keys that your coaches are giving you and apply it to whatever situation. When in doubt, don’t overthink, just play.” 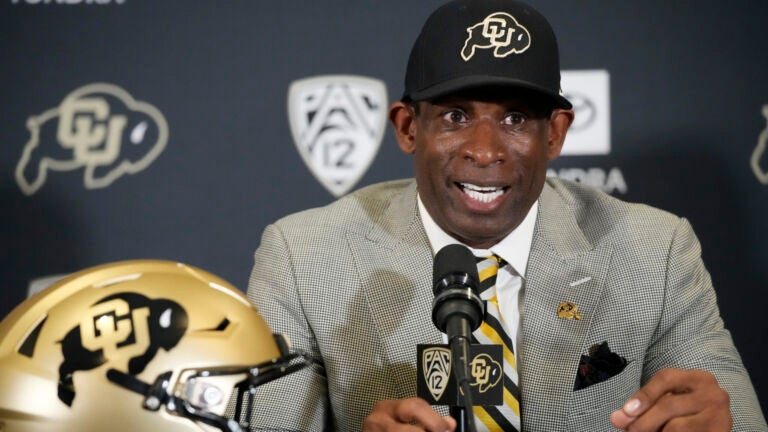