A decade ago this week, the golden era of Red Sox baseball bottomed out in Baltimore. It then spent the next year doing exploratory drilling of said bottom, but that’s a narrative device for another day.

The 2011 Red Sox were, in the most significant way, the anti-2021 Red Sox. The 2021 Red Sox took money from the Twins to fit deadline exclamation point Hansel Robles under the luxury tax threshold. The 2011 Red Sox signed Carl Crawford a week after trading for Adrian Gonzalez.

They were offseason champions and everybody’s spring favorite, and played that way (lest you have forgotten) for four months. And yet there they were as we are now: Bereft of pitching, limping into Baltimore off a flop series with the Yankees, thankful the Orioles are there as a big, orange life preserver in the season’s final days.

That was not enough 10 years ago. It might not be enough now, either, because then as now it implies someone is going to step forward to grab the brass ring.

“The weird part was,” former Sox manager Terry Francona told The Athletic in a piece from earlier this week, “we had our destiny in our control. As bad as things had gone, that was still a comforting thought.”

So has this team, every step of the way. And yet, here we are again.

It is not as egregious now as it was then, because this is decidedly not a superteam. It’s a group that has without question exceeded expectations, that deserves praise for 88 wins with a week to go and meaningful baseball into the final week.

But they can have that down the line, eager as they seem to be to take it now.

“We’ve got some capable guys and somebody has to step up,” manager Alex Cora told reporters when Garrett Whitlock went on the injured list a week ago.

How’d that go this weekend? Needing one win to carry a wild-card edge into a soft final road trip, they imploded just about from Nos. 1-25.

Nate Eovaldi, admittedly nails against the Yankees all year, couldn’t grip his offspeed stuff or finish the third inning. (New York, in its sixth look at him this year, might’ve solved the puzzle when it didn’t chase one Eovaldi breaking ball outside the zone.)

Nick Pivetta and Eduardo Rodriguez delivered the solid five innings Cora’s asked of his rotation all season, but no more. And that plan is a lot harder to manage when Whitlock, Josh Taylor, and Matt Barnes are all absent from the back end.

Step up? Tanner Houck opened with eight non-competitive pitches on Saturday, and could not nick one final corner with a slider, a half dozen times. I was critical of Cora in the moment when he went to Darwinzon Hernandez, who promptly hit a batter and heaved Giancarlo Stanton a dead-center meatball, but Sunday made that harder to justify when Adam Ottavino threw him a pitch just as bad.

“When the lights shine brightest, this guy always seems to have an impact on the game,” MLB Network’s Mark DeRosa said of Stanton on Monday.

Meanwhile, Xander Bogaerts was 1 for 12 in the three games. Bobby Dalbec, torrid for a month, was 1 for 9 with seven strikeouts and looked like a Little Leaguer scared of the fence in missing two critical foul pop-ups.

J.D. Martinez was 2 for 9, albeit with two of the six (Six! Against 30 strikeouts!) walks Boston drew in three games. Rafael Devers was good (4 for 11), but in his biggest spot of the weekend — the homer off Gerrit Cole came with it 7-0 — he got a crushable 3-0 mistake and … just barely missed it.

And then there’s Christian Vázquez, who I’ve previously talked about in this space as far higher in the MLB catcher rankings than he gets credit for. Not only was he hitless in three games, but in one of the biggest moments of the weekend — his drop-on-the-transfer on strike three to Aaron Judge on Sunday — he also came up small.

I’m among the minority who doesn’t really blame home-plate umpire Joe West. Grandstanding buffoon on the way out that West may be, Vázquez dropped the ball with his back to the ump, tucked next to his leg, immediately in the manner foul tips have been dropped since the game’s beginnings. By the time West’s eyes had shifted from the hitter to the catcher, same as any umpire’s would, the ball was out.

There’s a real short list of umpires who are going to see that and make the right call. (Which, as a catch/no-catch in the infield, isn’t reviewable under MLB rules.) Vázquez himself said it was the first time it had ever happened to him.

“I think they should get together and get a better call there,” Vázquez told reporters on Sunday.

Which is a heck of a thing to bring up postgame when it appears he barely conveyed that to West, and certainly didn’t convey it to Cora, who can be seen on the broadcast mouthing “he dropped it?” on the phone with his replay room before signaling to continue the game.

Does anything change if Vázquez makes a huge stink, or if Cora comes out to argue? Probably not. (It is, after all, Joe West we’re talking about.) But it certainly won’t if no one makes the effort, or puts forth their most vociferous criticism in front of a Zoom camera.

Of course, that even tempered “eh, we’re good” response has been the Red Sox messaging in the Cora era. On Saturday night, Cora proclaimed “we had a few of these throughout the season. We should be fine.” On Sunday, it was “I mean, it’s not what we wanted . . . but we still are in position to make the playoffs.”

They still have destiny in their control, to borrow a phrase. They have 106-loss Baltimore and the husk of the Washington Nationals while the Yankees play Toronto/Tampa and Seattle … well, they’re the ones with their hair on fire here, on a 9-2 tear after pulverizing Oakland on Monday.

No analysis is needed for the Baltimore series. It’s Baltimore, with Chris Sale on Tuesday and Eovaldi on Wednesday. Anything less than two out of three and the whole team should be court martialed.

Maybe that’s been the problem. Going 4-2 this week should get them there. Going 4-2, against these two, should not be an issue. It is right there for these Sox to take, and they know that as much as we do.

It was this weekend, too. And yet, here we are. 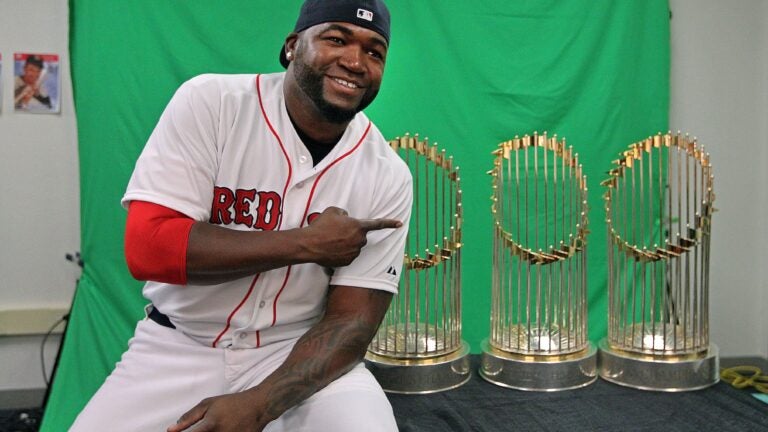