Jon Lester left baseball on his own terms Wednesday, telling ESPN that “I don’t want someone else telling me I can’t do this anymore. I want to be able to hand my jersey over and say, ‘Thank you, it’s been fun.’ “

It wasn’t entirely unexpected. He’d spoken to the Globe on Tuesday, presumably to check his temperature about a 17th MLB season, and offered basically the same quote with the caveat that “there’s also the desire to still want to do it.”

One last time, though, Lester got it right on the biggest stage. And I can’t think of anything more perfect from a suburban Seattle kid who always felt like a Texan — you can’t fire me, because I quit.

What a career. Three World Series, 200 wins on the dot, a no-hitter, a postseason resumé like few others, and a successful battle with lymphoma that I dare say matters more than all the rest. Is it a Hall of Fame ticket? Save that for another day, please.

It’s rare to retire an icon in one city. Jon Lester is an unquestioned one in two.

“Looking at Jon’s career in full now, he made an incredible impact on the history of the game, two great franchises, millions of fans, hundreds of teammates and many young kids fighting cancer,” former Sox and Cubs teambuilder Theo Epstein told the Chicago Tribune. “That’s a true Hall of Fame legacy.”

That’s in a piece arguing Chicago needs to retire Lester’s No. 34 next season. The case is what it is: He was a Cub for just six seasons, but with Anthony Rizzo, Kris Bryant, and Joe Maddon all moving on with lesser accomplishments, Lester might end up the only one worthy of the honor from Chicago’s iconic 2016 world title.

No one wrote something similar here to my knowledge, nor am I. Probably because the Lester story here still, despite his 2014 trade and subsequent signing with the Cubs eventually netting Rick Porcello and another championship, is one of loss.

The rosaries about him in the Chicago papers still feel like some bizarro comic reboot. David Ortiz is the beating heart of the modern Red Sox, but Jon Lester isn’t all that far behind. Still the only starting pitcher of note they’ve drafted and produced since Roger Clemens, and the best pitcher, period, of their golden last two decades.

Lester joined the organization before there were Monster Seats, matured within it from your generic potential-laden kid who needs 100 pitches to finish five innings, and left an ace and two-time champion thanks to the worst decision of the John Henry era. (Henry is the owner of Boston Globe Media Partners, including Boston.com.)

We thought Lester would come back. He didn’t, not in December 2014, not ever.

For as much as that still stings, it was the best thing he could have done.

Similar numbers? That’s nothing. In one of the great meaningless stats of our lifetime, Lester posted identical winning percentages (.636) and ERAs (3.64) across his 242 Red Sox and 171 Cubs’ regular-season appearances. His postseason record, in full: 154 innings, 2.51 ERA, .209 batting average against.

In the sabermetric stat Win Probability Added, which tries to drill down and credit specific plays that altered the outcome of a game, Lester is fifth all-time behind Mariano Rivera, Curt Schilling, John Smoltz, and Andy Pettitte. Take that for whatever you’d like.

It’s hard not to wish we’d kept him all to ourselves, but Lester leaving baseball as a cherished icon of two of its tentpole franchises? He deserves that and then some.

He is so much, but above all else, a consistent reminder of the good that can come from the awful. His public contrition after the chicken-and-beer fiasco that ended the 2011 season was in marked contrast to others in the rotation, and spoke loudly to his character.

His cancer battle as a rookie in the 2006 season ultimately helped future teammate Rizzo with his own fight, not to mention those who’ve been helped directly through NVRQT, Lester’s pediatric cancer foundation, or indirectly.

And it made all that came after that much more meaningful.

“He’s a wonderful kid, not just because he threw [a] no-hitter,” Sox manager Terry Francona said on May 19, 2008, after Lester threw what remains the team’s most recent no-no. “To watch him do that tonight was beyond words.”

Thirteen years later, I think Lester found those words to summarize a career like few others.

Thank you. It’s been fun. 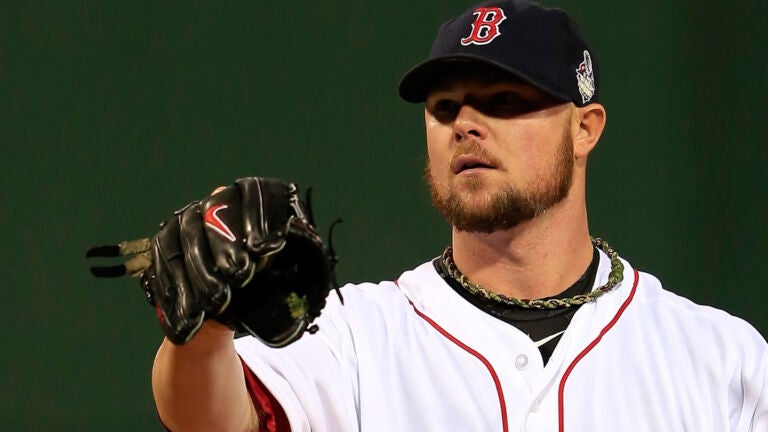