For the first 48 hours, back in March, Gary Politzer could barely move off his couch. A feeling he could not quite understand paralyzed him, even if he knew the reason behind it was frivolous: He couldn’t watch sports anymore.

Politzer describes himself as a “24/7 sports fanatic,” a single guy who plays in multiple fantasy baseball leagues and even more fantasy football leagues. When The Players Championship golf tournament was canceled because of the novel coronavirus outbreak, Politzer realized his life-shaping hobby would be erased. There would be no Las Vegas trip for March Madness, no Baltimore Orioles Opening Day to “suffer” through and no bingeing The Masters at his Arlington, Virginia home over his 40th birthday weekend.

“I don’t know if it was grief or what,” Politzer said. “I feel like withdrawal is not a bad way to characterize it.”

Sports withdrawal is not a concept with a body of research behind it, because the current cessation of games has no precedent. But both fans and experts agree it is a legitimate byproduct of the pandemic for the sports-crazed population – which is a large portion of American society. Nearly 60% of Americans identify as sports fans, according to Gallup’s most recent poll. Live sports dominate the top of television ratings. The big four professional sports – baseball, basketball, hockey and football – sold more than 125 million tickets last year.

The country has churned on without spectator sports, notwithstanding a UFC fight here and a charity golf match there, for more than two months. The absence of games should feel trivial against the scale of suffering wrought by the coronavirus, and yet it lingers as a low-frequency ache.

Politzer, like other fans interviewed for this story, recognizes and supports why sports have stopped. He has not discussed his longing for sports with friends because he worries it will sound callous and stupid. A certain level of privilege is a prerequisite for feeling sports withdrawal. And yet, it is undeniably there.

“Am I being a jerk because I want to see Opening Day baseball?” Politzer said. “I haven’t talked to people about not seeing Opening Day, fantasy baseball, Capitals games, Wizards games. But it feels like this big, empty sort of hole. We all have these holes in our lives now. One of which is missing sports.”

Experts said they would expect fans to experience legitimate feelings of withdrawal, or even potentially depression, from the absence of sports. Dan Forsyth, a social psychologist who teaches at the University of Richmond, said studies have shown suicide rates are higher in cities after its football team loses.

Even as sports fans intellectually understand the inability to watch games, they struggle with it. “Coping is about the word I would use,” said Brian Hess, executive director of the nonprofit Sports Fans Coalition. “I’m getting by. I find myself rooting for anything that I can.”

“It’s the loss of something you love,” Eric Zillmer said, a neuropsychology professor at Drexel University. “I can tell you as a clinical psychologist, the biggest threat to your ability to function is loss.”

Zillmer spends an inordinate amount of time mulling the connection between sports and one’s mental state: He is also Drexel’s athletic director and a full-throated Philadelphia sports fan, meaning he has a good idea for why losing sports means so much at a time it should matter so little.

“It’s multidimensional and it’s complex,” Zillmer said. “Otherwise, we would be able to replace it, wouldn’t we?”

Victoria Edel, a 27-year-old New York Mets fan, has been watching “Survivor” with her family; when she chided her brother for suggesting prop bets on the show, he responded, “This is the only thing we have!”

The inability to replace sports has allowed fans to reexamine why they’re so powerful. Sports is a means of social connection, a way of organizing the world, a marker of time. “A unifying distraction,” Hess said. The Masters means spring, day baseball means it’s the weekend and the Tip-Off of a Warriors-Rockets playoff game means it’s getting late.

The unsettled feeling sports fans are experiencing is called anomie, said Jeffrey Montez de Oca, director of the Center for the Critical Study of Sport at the University of Colorado, Colorado Springs. It means normlessness. At their core, sports are “really, really powerful ritual moments,” Montez de Oca said, and losing them can be profoundly unmooring.

“There’s no inherent meaning or order to the universe, but humans as creatures need meaning and we need order,” Montez de Oca said. “So we create it. One of the key ways we create it is through the construction of rituals. Rituals provide us meaning, and that meaning provides us comfort. It’s the opposite of anomie.”

The meaning attached to sports make them more powerful than typical routines. Zillmer identified three reasons. The first, he said, is social. Sports serve both as common ground for strangers and bonds for friends. They create extended family networks, and “that’s been taken away from us at the precise moment we need strong social networks the most,” Zillmer said.

When Edel went to school in Washington, she and her friend would nod every time they passed a stranger wearing Mets gear. “We’d be like, ‘You also like this dumb team we like, too,’ ” Edel said. “There’s this connectedness, that we’re all in this together. . . . You lose that when it’s not there.”

Underneath the social component are unconscious cognitive benefits. Watching sports, Zimmer said, uses brainpower in a way we never think about. Following an object in motion requires ocular motor movement – essentially, your brain turns itself into a camera and makes instant recordings. Every part of the brain is turned on.

The requirement of so much neurological mass makes watching sports therapeutic. When the brain is occupied, it prevents other thoughts, makes it is impossible to dwell on other problems. What facing life without sports really means is facing more life.

“Wouldn’t it be fun to watch sports and not be able to think about covid-19?” Zillmer said.

Fans have tried to fill their need by watching old games or finding obscure offerings, like South Korean baseball games broadcast by ESPN in the middle of the night. But Edel said of watching old Mets games that “they just make me sad,” and Hylton found the experience of watching Korean games lacking without the camaraderie he feels while watching the White Sox with his Twitter feed open. “There’s still that void,” Hylton said.

For Hylton, recent Sundays became “ritualistic.” He would dress in Chicago Bulls gear as he counted down the hours to the next installment of “The Last Dance,” the ESPN documentary about Michael Jordan and the Bulls that drew additional interest because it aired during a time without sports. It intensified nostalgic feelings and provided fans a bond.

“You recreate the social magic of that moment,” Montez de Oca said. “A lot of people are trying to recreate the world that existed prior to the pandemic by watching old sports.”

But even the documentary, Zillmer said, is an inadequate replacement on a deeper layer. In his studies, Zillmer noticed that organized spectator sports are a feature exclusive to civilizations and societies at the highest level of functioning. In that way, they are nothing less than a symbol of a society’s subsistence: If you have sports, you’ve made it. Losing them is disturbing on a foundational level.

“At the archetypal level, sports represents living,” Zillmer said.” When you don’t have it, it’s like a death. I study Carl Jung. I’m a shrink. People don’t talk about it like that. But you can feel it.”

Recently, Edel scrolled through her phone and found a picture from the last day of the 2019 baseball season. Her and a friend had found a way to get into Citi Field on the cheap. It was a glorious day and the Mets won. It was a blissful memory, and it made her sad that she doesn’t know when it might happen again.

Edel’s father, Peter, died in early April. He underwent heart surgery in January and developed an infection in a nursing rehab facility. (He tested negative for COVID-19, Edel said, but showed many coronavirus symptoms.) Edel’s best memories of her father involve the Mets: attending the last game at Shea Stadium together, eating Italian ices in the seats. Edel visited her father in early March, around the time she was laid off from her job. The first thing Peter mentioned was Pete Alonso’s ragged start to spring training and whether Tim Tebow had a chance to make the Mets’ Opening Day roster.

“It sucks to go through this stuff and know it would be a really big comfort to have [Mets games] and not have that available at all,” Edel said. “It’s intertwined in the fabric of everything.”

Still, as MLB plots a return, she feels conflicted. Edel fears owners will hold fans’ emotions over players as they attempt a return to play, “using us as an excuse to justify your s—– capitalist actions,” she said, if the sport were to rush back before providing safe conditions for players and personnel.

“I think that would really bother me,” Edel said. “I don’t know if that means I wouldn’t watch it or if I would watch and just feel bad.”

Politzer has not allowed himself to think about the possibility of sports remaining absent in the U.S. past the summer. Football is his favorite sport, and he can’t bear the thought of autumn without the NFL.

“That would be – I don’t want to say it would be devastating, because that makes it seem more important than it is,” Politzer said. “But I’d probably be in a state of profound sadness for an extended period of time.”

Politzer, though, has discovered new routines. His funk lasted two or three weeks, he said, and then he decided to make use of his newly freed time. He ordered CrossFit equipment, started doing restorative yoga in his living room and ate healthier. He joined an online poker league. He plays socially distant games of Settlers of Catan while grilling with friends. He takes long walks.

“I kind of opened my front door and realized, I guess I’m going to go outside now,” Politzer said. “I have found all of it to be a shockingly adequate replacement. Perhaps like any withdrawal, my mind and body and emotions became accepting of the new reality.”

How his new routines mesh with his old ones remains to be seen. But Politzer is certain his old fandom habits will return. He has coped without sports, but living without them made him vow never to take them for granted.

“I’m really ready to be a sports fan again,” he said. 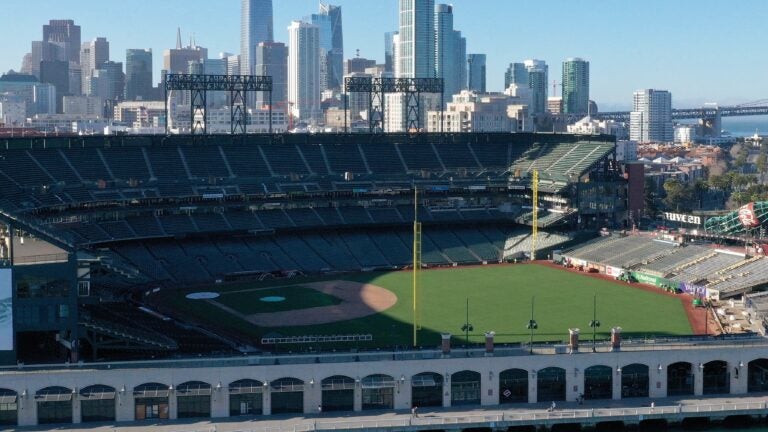 When are pro sports coming back? How close major cities are preparing to reopen for play