Hundreds of female gymnasts who were sexually abused by Larry Nassar, a former team doctor of the national gymnastics team, have agreed to a $380 million settlement with USA Gymnastics and the U.S. Olympic & Paralympic Committee, ending the latest dark chapter in one of the biggest molestation cases in sports history.

The settlement, announced Monday during USA Gymnastics’ bankruptcy proceedings in U.S. Bankruptcy Court for the Southern District of Indiana, is among the largest for a sexual abuse case. The funds would compensate more than 500 gymnasts — including Olympic gold medalists such as Simone Biles, McKayla Maroney and Aly Raisman — who were abused by Nassar or someone else in the sport.

“No amount of money will ever repair the damage that has been done and what these women have been through,” said Rachael Denhollander, a Nassar survivor and member of a survivors committee involved in the settlement negotiations. “But at some point, the negotiations have to end because these women need help — and they need it right now.”

Many Nassar survivors have been in mediation with the gymnastics federation for years and have been waiting for compensation to help pay for costly mental health treatment, Denhollander said. Gymnasts have battled anxiety, depression and post-traumatic stress disorder, and some girls and women have attempted suicide because of Nassar’s abuse, which he perpetrated under the guise of medical treatment.

Insurers of USA Gymnastics and the USOPC would pay the bulk of the $380 million settlement, but the USOPC also agreed to pay $34 million of its own money and will give USA Gymnastics a loan of about $6 million. That contribution represents a stunning turnaround for the organization, which had long argued that it shouldn’t be held responsible for Nassar’s crimes or be named in Nassar-related abuse lawsuits mainly because the doctor wasn’t an Olympic committee employee.

Under the weight of those lawsuits, USA Gymnastics filed for bankruptcy protection in late 2018, the same year Nassar was sentenced to what amounted to life in prison. The announced settlement now will help the federation emerge from bankruptcy and try to right itself after years of uncertainty. It will end the avalanche of lawsuits and keep the USOPC from decertifying it as an Olympic organization.

The Nassar case’s legacy, though, will remain: It forced a spotlight on the vulnerability of young athletes in gymnastics and other sports, revealing how organizations such as USA Gymnastics failed to protect its athletes and appeared to prize medals over athlete safety. There have been numerous congressional hearings about the issue, and a law protecting Olympic athletes has been strengthened. The matter also revealed the FBI’s role in allowing Nassar to abuse patients even after that law enforcement agency received reports of his abuse.

Biles, Maroney, Raisman and former national team member Maggie Nichols testified to Congress in September about Nassar and how they feel the FBI turned a blind eye to his abuse. An inspector general’s report from the Justice Department in July detailed the FBI’s many missteps in the case, which has lingered over the sport since 2016, when Denhollander became the first Nassar survivor to publicly accuse him of abuse. 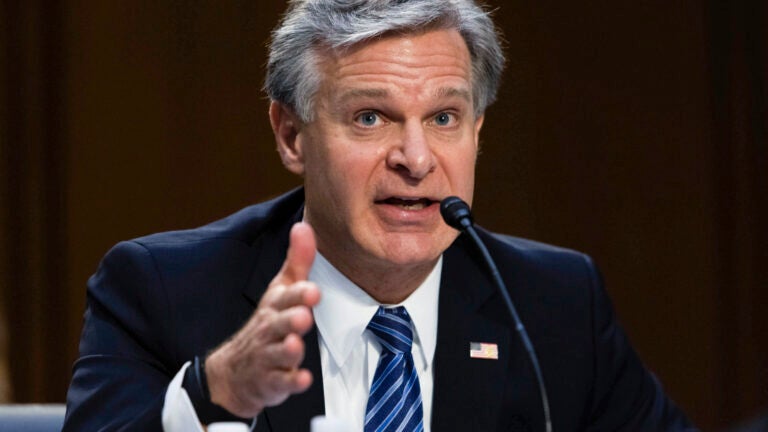