Tiffany Ortiz, the wife of David Ortiz, says her husband had a “successful” second surgery Monday night at Massachusetts General Hospital, after he was shot in an apparent ambush Sunday night in his native Dominican Republic.

The 43-year-old retired Red Sox legend was flown from Santo Domingo to Boston on a team-chartered flight Monday night.

In her first public statement since the shooting, Tiffany Ortiz said her husband was “stable, awake, and resting comfortably” Tuesday morning in the intensive care unit at MGH, where he is “expected to remain for the next several days.”

She also expressed gratitude to the Red Sox organization, the “amazing” MGH staff, and fans for “the outpouring of support and love that we have received during this incredibly difficult time.”

“We ask for privacy as David works towards recovery,” Tiffany Ortiz said:

“David arrived at Massachusetts General Hospital last night and underwent a successful second surgery. He is stable, awake, and resting comfortably this morning in the ICU where he is expected to remain for the next several days.

“On behalf of me and my family, I want to thank John and Linda Henry, Tom Werner, Sam Kennedy and the Boston Red Sox for all that they are doing for David and our family, as well as Dr. Larry Ronan and the amazing staff at Massachusetts General Hospital.

“Lastly, I want to thank everyone for the outpouring of support and love that we have received during this incredibly difficult time. We ask for privacy as David works towards recovery.”

The retired slugger had reportedly suffered damage to multiple internal organs after being hit from behind by a single bullet, which exited through his abdomen, while sitting outside a bar Sunday night in Santo Domingo. He was immediately rushed to a local hospital, where doctors reportedly performed six hours of surgery.

After Ortiz was flown to Boston, police escorted his ambulance to MGH, where he arrived around 11 p.m.

Leo López, Ortiz’s personal media assistant, told ESPN that his second surgery was “exploratory” in nature and lasted until about 1 a.m. Tuesday morning. López said that Ortiz would be closely monitored for the next 24-48 hours, during which visits would be limited. Still, Ortiz is reportedly alert and expected to make a full recovery.

“He even flashed that smile,” López said.

According to ESPN, Tiffany Ortiz and several close family members are with him at MGH.

ESPN has learned that Tiffany, David Ortiz’s wife, and their daughter are already with him in Boston, as well as some cousins and a sister. pic.twitter.com/7eTQkQRUT2

Ortiz has a son and a daughter with Tiffany, as well as a daughter from a previous relationship. His son, D’Angelo, who was with Ortiz in the Dominican Republic on a four-day trip to visit friends and family, wrote a post Monday on Instagram wishing his dad a full recovery.

“Pops I Love u there is nobody stronger then u,” he wrote. “It’s only a matter of days till ur up running around doing ur thing again.” 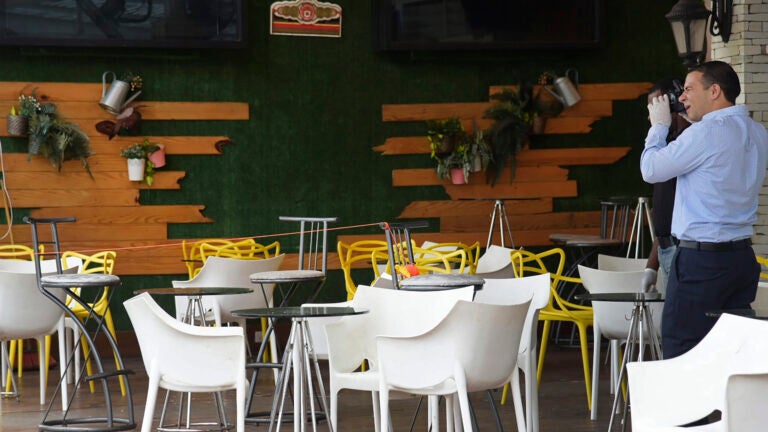