David Ortiz’s wife, Tiffany Ortiz, says their story could have had a “tragic ending” if not for the heroic actions of a few individuals Sunday night in the Dominican Republic.

In a statement Thursday, she thanked Eliezer Salvador, the man who rushed the former Red Sox slugger to the hospital in his car after he was shot in an attempted murder plot at a Santo Domingo bar. Salvador, the owner of the Dominican sports betting company Presidente Sports, told The Boston Globe earlier this week that he ran to Ortiz after he was shot from behind in the abdomen and got the local baseball legend into the backseat of his car, which he drove at speeds of up to 120 mph to a hospital three miles away.

Tiffany Ortiz offered her family’s “heartfelt thanks and gratitude” to Salvador for his “quick thinking and swift action.”

“Your heroism and selflessness were the first steps to ensuring David could get the urgent care he required,” she said. “For that, we are eternally grateful.”

Eliezer Salvador reacts outside the hospital where Ortiz was being treated in Santo Domingo on Monday.

Tiffany Ortiz went on to thank the “amazing surgeons, medical team, and staff” at the Abel González Clinic, where her husband underwent six hours of surgery to treat damage to several internal organs.

“There are no words to express our gratitude for the amazing care you provided,” she said. “Without you, our story could have had a tragic ending. You will forever be our guardian angels.”

Ortiz was flown to Boston to continue his recovery at Massachusetts General Hospital, where he had a second surgery upon arriving Monday night. Tiffany Ortiz said he remains in “guarded condition in the surgical intensive care unit.”

“He continues to heal and make progress,” she said. “David will continue to recover in the ICU and future updates on his condition will be provided when necessary.” Leo Ortiz, David Ortiz’s father, stands with doctors Monday at the hospital where his son was hospitalized in Santo Domingo.

In an earlier statement, Tiffany Ortiz said her husband began sitting up and taking his first steps.

Dominican police announced Wednesday that six people, including the alleged gunman, had been arrested in what they said was a coordinated plot to kill Ortiz. Authorities declined to say publicly what the group’s motive was for their attempt on the beloved sports figure’s life. However, one law enforcement official told the Associated Press on the condition of anonymity that they were investigating whether Ortiz, who avoided mixing with shady characters during his trips to his native country, may have formed some relationship that, without his knowledge, set off the chain of events leading to his shooting. 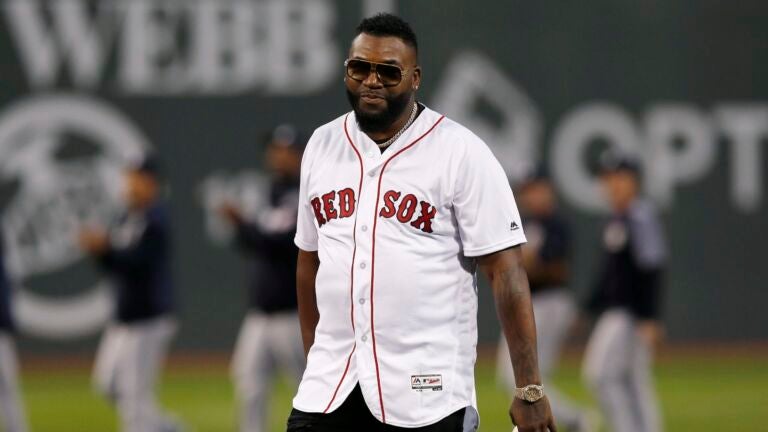