Rob Gronkowski appeared on “The Late Late Show With James Corden” Thursday night to promote about his new game show, drank a disgusting protein shake, and revealed the phone call that allegedly convinced him to join the Tampa Bay Buccaneers.

Gronkowski stars in “Game On!” on CBS, a comedy game show that pits teams of three against each other in physical challenges, trivia, and competitions. Gronk captains one team, which is made up of rotating celebrities, and tennis star Venus Williams, who appeared alongside Gronkowski on “James Corden” captains the other.

“It’s really about the personality and the competition at the same time,” Williams said of the show.

The co-stars participated in Corden’s “Protein Shake-Up” challenge, where they answered questions about each other and had to add ingredients to a blender based on correct or incorrect answers.

On the last question, he was caught cheating, and Corden added toothpaste and mustard as a punishment.

.@RobGronkowski got a question wrong. His punishment is hot sauce. pic.twitter.com/WzLiFJJ8j6

Gronkowski said that he didn’t feel fully retired when he stepped away from the NFL after the 2019 season, but said he knew he needed to “get away from the game” before he made the move to join Tom Brady in Tampa this offseason. He hasn’t met his new teammates in person yet, but told Corden they’ve chatted on phone calls and over Zoom.

When he called to congratulate his former quarterback on his own free agency decision to join the Buccaneers, Gronkowski told Corden that Brady convinced him to follow suit.

“All of a sudden he just screams on the phone, ‘Rob, I just want you to come back and play with me,'” Gronkowski said. “And I was like, ‘Oh, alright, I’ll come back then, Tom.'” 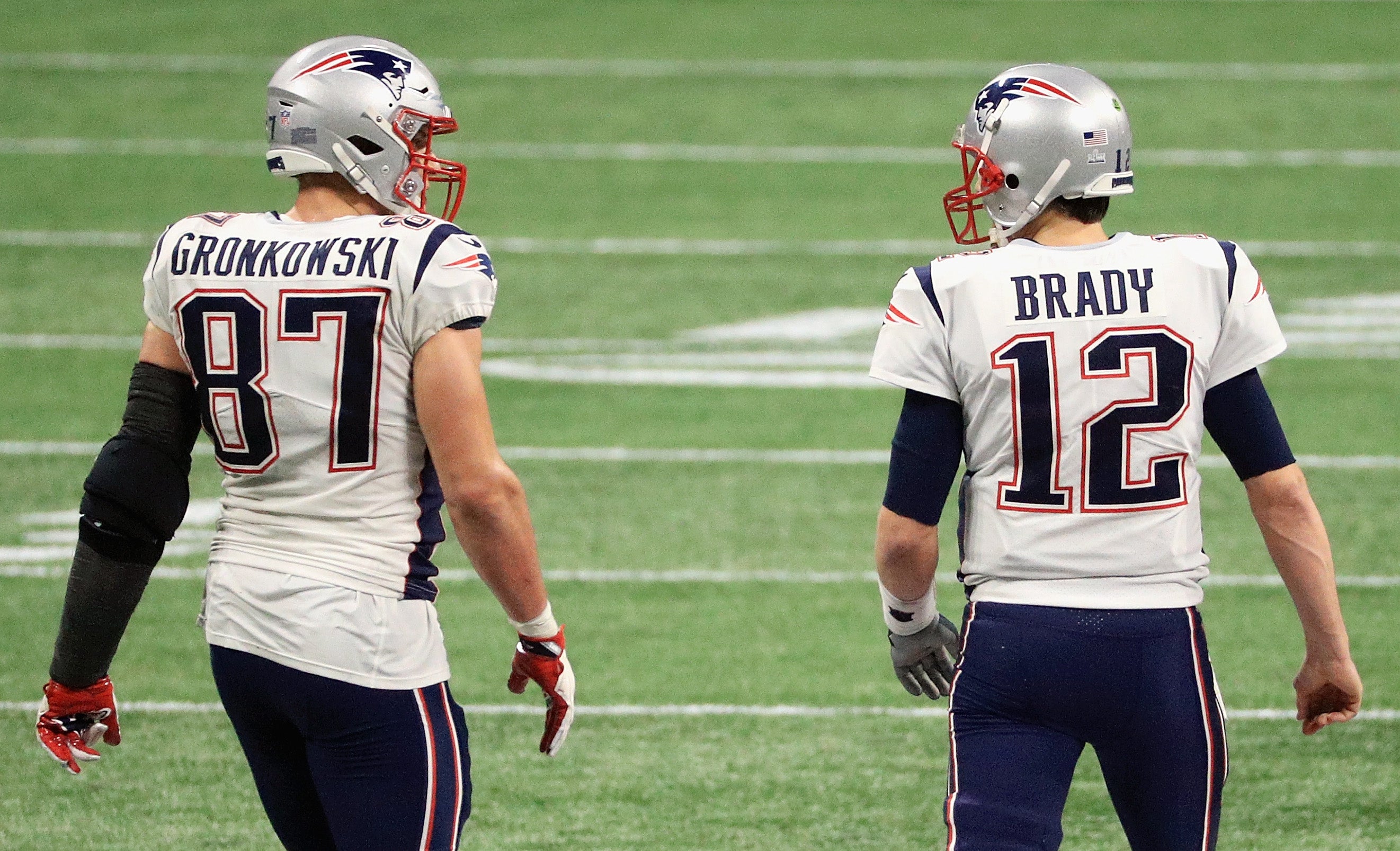