T-Mobile will air ads on CBS this Super Bowl Sunday. But one advertisement for the big game starring Tom Brady and Rob Gronkowski won’t be among them, with the telecommunications company claiming it was “banned.”

The commercial purports to tell the story of how a bad cell phone connection between the former Patriots teammates led to a miscommunication that brought both of them to the Tampa Bay Buccaneers.

When Brady makes a video call to Gronk to discuss retirement, the tight end responds positively.

“If you retire now, you’ll be walking on soft sand in a week,” Gronkowski says. “Just come to Florida and feel the wind in your hair.”

Over a garbled connection, however, Brady hears: “You retire now, you’re soft and weak. Just come to Florida and win another one.”

T-Mobile claims the commercial was “banned” from airing during the big game because of a “protected telco rights deal.”

“We made this amazing ad starring the amazing Tom Brady and Rob Gronkowski,” a T-Mobile spokesperson said via a press release. “Even after editing, the spot was still banned ‘based on the … protected telco rights deal.’ So, watch and decide for yourself … what might the ‘official telco sponsor’ not want you to see?”

T-Mobile does not name the company it’s referring to in the press release. In 2019, Verizon inked a two-year deal to become the “Official 5G Innovation Partner of the NFL.”

When asked for more details about why the commercial was rejected, a spokesperson for T-Mobile told Boston.com that “all we know is — even after editing — we got an email saying it was banned, referring to the ‘protected telco rights deal.'”

When asked to clarify whether it was CBS or the NFL that made the decision to ban the commercial, the spokeswoman said: “All we know is that we got an email saying it was banned with the reference I mentioned below.”

CBS did not return a request for comment regarding the commercial at the time of this article’s publication. 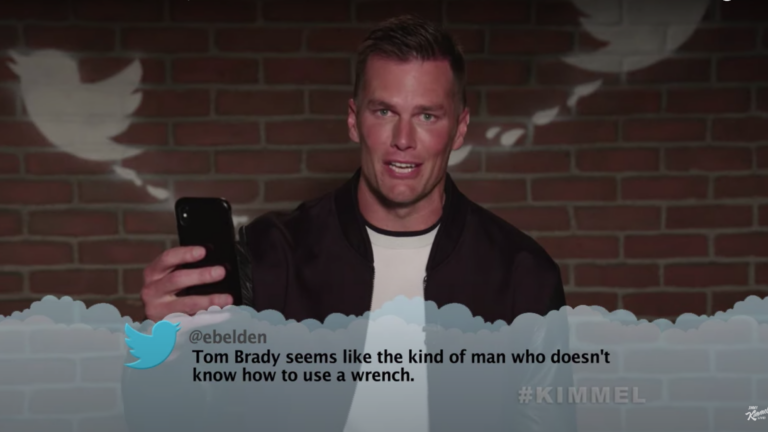