Jon Lester threw a 34-pitch (by John Farrell’s count) simulated game on a back field, and is scheduled to throw an inning in a minor-league game on Friday. The goal is for him to be up to four to five innings by the end of camp, and by then, Lester said, he expects to be ready to take a regular turn in somebody’s rotation, be it Boston’s or Pawtucket’s.

Dice-K caused a bit of stir among his legion of chroniclers when he didn’t show up until 11 a.m., a couple of hours before his scheduled start, but Farrell said that was the plan right along. They want Dice-K to get accustomed to his regular game day routine. Dice-K whiffed two of the three batters he set down in order.

Patriots VP Scott Pioli watched Lester’s throwing session along with manager Terry Francona. The two are friendly. Bill Belichick was scheduled to be here, but he didn’t appear on the field pregame. 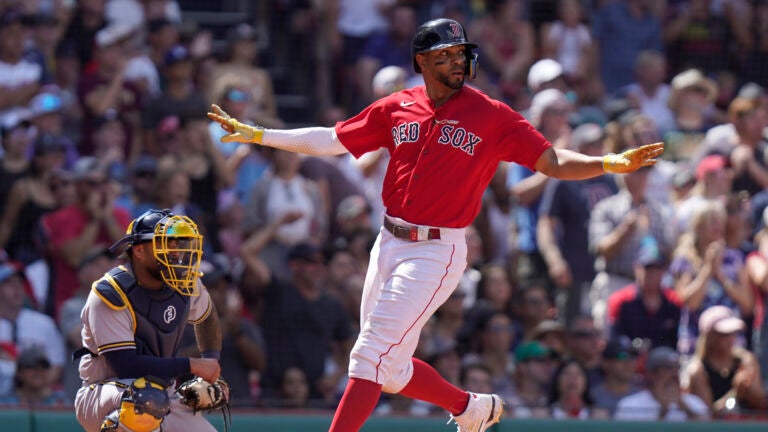 Red Sox double up on Brewers, salvage finale with 7-2 win