Alex Cora just came in to run for Papi, who walked to open the eighth. Royce Clayton, who is playing 3B for the first time since 1992, just hit into a DP. Eric Hinske, the new first baseman is batting. Bobby Kielty, now in right, is on deck. The three guys in the subject heading are the only starters still in the game. I should have mentioned Devern Hansack replaced Julian Tavarez, but I was checking to see if A-Rod had hit another HR (he hasn’t).
But did you notice that David Murphy, the former Sox prospect who went to Texas in the Eric Gagne deal, is batting .373 in his first 26 games with the Rangers? 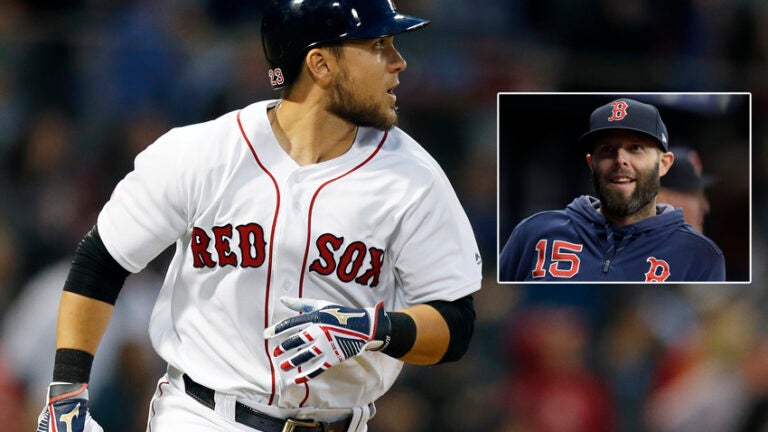 Dustin Pedroia was a subtle hero of the Detroit series, and that’s a great sign.