If Roger Clemens can’t discredit the steroid allegations made against him in the Mitchell Report, the four Cy Young awards he won after he allegedly started using performance-enhancing drugs should be taken away, Curt Schilling wrote today.

In a 3,200-word posting on his blog, 38Pitches.com, this afternoon, Schilling offered extensive commentary on the Mitchell Report. He was particularly critical of Clemens, who was named prominently in the report.

“So as a fan my thought is that Roger will find a way in short order to organize a legal team to guarantee a retraction of the allegations made, a public apology is made, and his name is completely cleared,” Schilling wrote. “If he doesn’t do that then there aren’t many options as a fan for me other than to believe his career 192 wins and 3 Cy Youngs he won prior to 1997 were the end. From that point on the numbers were attained through using [performance-enhancing drugs]. Just like I stated about Jose [Canseco], if that is the case with Roger, the 4 Cy Youngs should go to the rightful winners and the numbers should go away if he cannot refute the accusations.”

The criticism is particularly striking considering Schilling has long credited Clemens with helping to motivate him after a conversation the two had in 1991.

“Roger had a profound effect on my career from a very early point,” Schilling wrote. “His ‘undressing’ of me and lecture were a major turning point. I’ve always respected his career accomplishments and regarded him as the greatest pitcher to ever play the game.”

Former US senator George Mitchell, in his report to Major League Baseball on steroids and other performance-enhancing substances, wrote that Brian McNamee, a former New York police officer who served as a trainer for the Blue Jays and Yankees while Clemens was a member of those teams and also was a personal trainer to Clemens, injected Clemens with steroids and human growth hormone in 1998 and 2000-01. McNamee was warned of potential felony charges if he made false statements to investigators.

“The two men that fingered multiple players [of which McNamee was one], from my understanding, both testified with immunity, but only if they told the truth,” Schilling wrote. “So these guys had every reason in the world to NOT lie…

“Can you separate what Barry is accused of from what Roger is accused of? If … both of these men end up being caught, what does that say about this game, us as athletes and the future of the sport and our place in it? The greatest pitcher and greatest hitter of all time are currently both being implicated, one is being prosecuted, for events surrounding and involving the use of performance enhancing drugs. That (stinks). … The sport needs fixing.”

“I want to state clearly and without qualification: I did not take steroids, human growth hormone or any other banned substances at any time in my baseball career or, in fact, my entire life,” Clemens said in a statement issued through his agent, Randy Hendricks. “Those substances represent a dangerous and destructive shortcut that no athlete should ever take.

“I am disappointed that my 25 years in public life have apparently not earned me the benefit of the doubt, but I understand that Senator Mitchell’s report has raised many serious questions. I plan to publicly answer all of those questions at the appropriate time in the appropriate way. I only ask that in the meantime people not rush to judgment.”

Schilling said he had no problem with Mitchell, who is an executive with the Red Sox, running the investigation.

“People wanting to point to his apparent ‘extreme bias’ based on his position as a senior member of the Red Sox organization are on a wild goose chase,” Schilling wrote. “I would argue that most of the people calling his character into question are doing so because they can’t relate to someone possessing integrity and an unbiased opinion in his position.”

Schilling also wrote about his relationship with Andy Pettitte, Brian Roberts, and Gary Bennett, three players on the Mitchell Report who have admitted guilt: “Brian Roberts worked as hard as anyone I’ve ever been around,” Schilling wrote. “Not to mention he’s about as kind and giving as anyone you’ll ever meet. I know how regretful he is and I know that this mistake is not indicative of his choice making in life. He screwed up, knows he screwed up and admitted it.”

So what’s the bottom line?

“These guys made mistakes and I do mean mistakes,” Schilling wrote. “They didn’t accidentally do this, this was a conscious decision with far reaching implications and they should be held accountable. Problem is the fans version of accountable is completely dependent on their opinion of the player in question. If you are a fan then all is forgiven, or there is much less vitriol than you might have for other names mentioned.”

“At a congressional hearing you are sworn in and any and everything you say can be used for future actions against you or someone else unless you are granted immunity, even with immunity if you lie you lose that right,” Schilling wrote. “Everything I had as an opinion to that point, and for the most part now, was thought, opinion, conjecture. Having to this day never seen anyone inject steroids or HGH, I was in no position to speculate, nor would I. To even mention a name as someone I ‘thought’ was using, or do anything of that sort would amount to defamation of character of people I was guessing may have used. I couldn’t do that, others can and have but I could not.”

Schilling also wrote that he would like to see Alex Rodriguez take legal action if Canseco continues to try to link A-Rod with performance-enhancing drugs. Canseco remarked last week that he was “shocked” that Rodriguez was not named in the Mitchell Report.

Background information from the Globe’s Gordon Edes was used in this report. 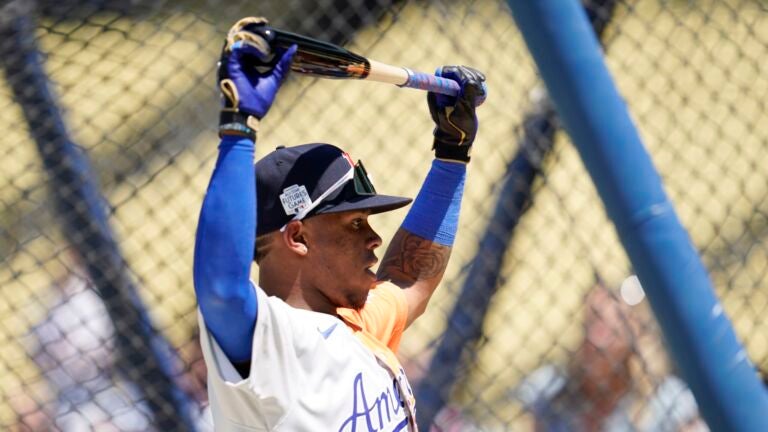