Baseball Prospectus, the highly regarded web site, notes that tomorrow’s baseball draft is more unpredictable than usual, which is saying a lot, because the baseball draft usually defies forecasting. That said, this afternoon BP is projecting that the Sox will take a left-handed reliever from Terry Francona’s alma mater, Daniel Schlereth, with their first pick. The Sox have the 30th and last pick in the first round.

Here’s what BP had to say:

“Another team who wants to swing with a player who falls but can’t find a dance partner. When that occurs, the Red Sox tend to save their high-risk picks until after the first round, and play it safe early. Even though they have a good left-handed bullpen arm in Hideki Okajima, Arizona’s Ryan Schlereth would be the best college reliever still on the board, and his power stuff makes him possibly closer-worthy and anything but a one-sided specialist. The son of former NFL player and television analyst Mark Schlereth, he’s built like a bulldog and brings a gridiron mentality to the mound. More importantly, his velocity was up to 97 mph, and his slider was a true wipeout offering.”

Baseball America has not yet posted its draft-eve mock draft, but in an earlier version, BA had the Sox taking David Havens, a shortstop from the University of South Carolina who last summer was an all-star for the Cotuit Kettleers. Havens, 21, is a left-handed hitter listed at 6-1 and 195 pounds.

BP has Havens going to Cleveland, which picks one slot before the Sox at No. 29. 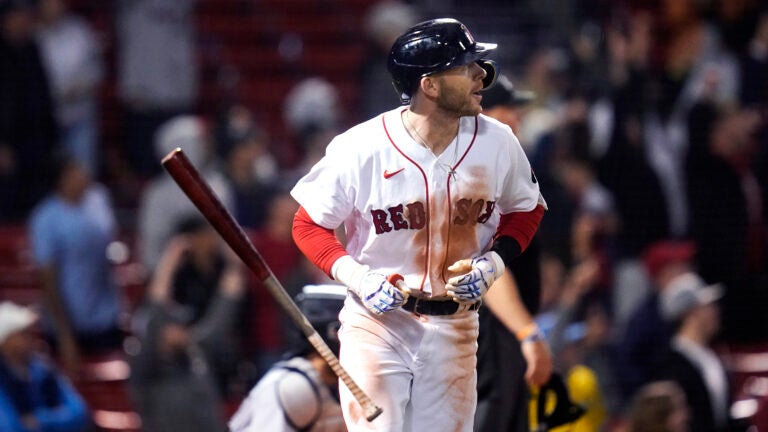