LOS ANGELES — No billboards of Manny Ramirez on the highways yet, but we’re expecting a big reception for Manny at Dodger Stadium tonight.

Manny will wear No. 99 with Los Angeles. No. 24 here belongs to former manager Walter Alston. Manny changed his mind quite a few times, but settled on 99. He’s not at the ballyard just yet, but is said to be in greater Los Angeles, en route.

Manny’s locker is next to former Sox righthander Jason Johnson.

Plenty of stuff about Manny in the Friday Los Angeles Times. His photo is on Page 1 next to a Bill Plaschke column, and there are two columns and a news story in sports.

Nomar Garciaparra told the Times: ‘‘I didn’t want to leave [Boston].’’ Nomar neglected to mention turning down a four-year, $60 million contract offer from the Sox.

Manny’s supposed to talk to the media on the field at 4 p.m. LA time. We’ll see. The Dodgers have agent Scott Boras on the case. 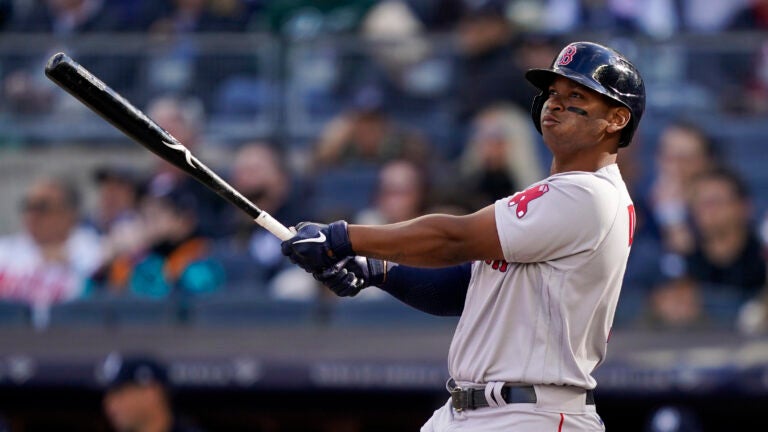