1. Sox withholding Manny’s last check until he promises to wash off all the pine tar, dirt, gum, spit and other foreign substances he used to obscure the “B” on his batting helmets.

2. Sox trying to head off threatened strike by clubhouse attendants who lived for years off the loose bills Manny left lying around his locker.

3. Dodgers have not yet agreed to acquiring Ino Guerrero, too.

4. Lawyers for Larry Lucchino and Theo Epstein still working on confidentiality agreement not to blame the other if Manny wins World Series MVP for L.A.

5. Sox still negotiating promise from Curt Schilling not to say what he really thinks of Manny. 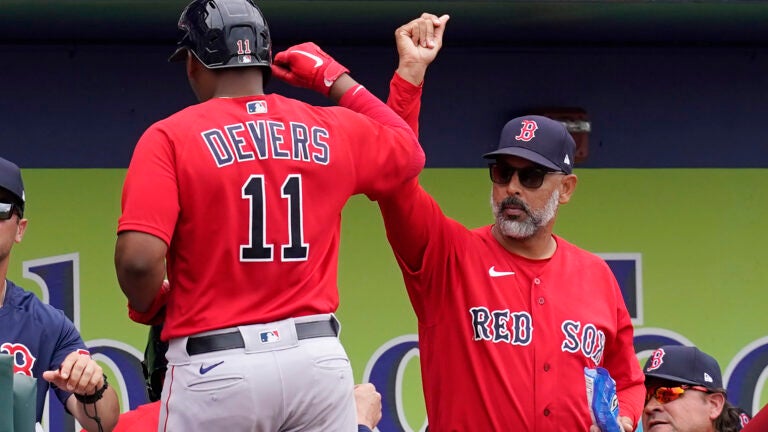 Rafael Devers is a full-on superstar, and this will be the year he proves it