UPDATE (Tuesday, 7:49 p.m.): The same source that originally relayed a Saturday deadline for Jason Varitek to decide on the contract offer from the Red Sox has clarified the deadline. The Sox gave Varirek’s agent Scott Boras one week from the date of a letter received from the club on Friday, Jan. 23. If the negotiations drag on, it’s possible that Varitek’s decision won’t be known until the wee hours of Saturday morning. The text below has been clarified …

Jason Varitek filed for free agency more than three months ago. By Saturday, we should all know whether the Red Sox catcher and captain will be returning to the team this year.

A baseball source confirmed today that the Red Sox have presented Varitek with a Jan. 30 deadline to accept or decline their most recent proposal, which gave the player a pair of options to choose from. According to another source, Varitek has the choice of picking between either a straight one-year, $5 million contract or a one-year offer for a guaranteed $5 million with a dual option for 2010.

In the latter scenario, the proposal affords the Sox a $5 million option on Varitek for the 2010 campaign. Should the team decline to exercise the option, Varitek subsequently can return to the team at a salary of $3 million, essentially guaranteeing him $8 million over two seasons.

For Varitek, the one-year offer may prove more appealing because it would allow him to re-enter the market again next fall, at which point he might have greater earning power.

The Sox’ current proposal to Varitek was made somewhere near the end of last week, meaning the player was granted a window of roughly 7-10 days to review an offer that now seems to have come into greater focus. Yesterday, the New York Yankees agreed to a one-year contract worth a guaranteed $5.5 million with pitcher Andy Pettitte, who settled for a fraction of his original asking price of $16 million.

Pettitte, like Varitek, is a highly regarded veteran long associated with one organization, though he did leave the Bronx for a three-year stint with the Houston Astros from 2004-06. New York’s initial offer to Pettitte was for one year at $10 million, meaning the player ended up with slightly more than half the guaranteed money he would have received had he accepted the club’s first offer.

In Varitek’s case, he made $10 million last year and was offered salary arbitration by the club, a process that likely would have earned him $10 million-$12 million in 2009. Varitek and agent Scott Boras rejected the offer because Varitek wanted a two-year commitment and because there was a chance the money could have been non-guaranteed. (Per terms of the collective bargaining agreement, arbitration awards are non-guaranteed if the matter reaches an actual hearing.)

Pettitte’s deal with the Yankees also includes up to $8.5 million in incentives based on innings and time on the active roster. Such incentives are more common for pitchers given the greater probability for injury.

The only incentives in the current proposal for Varitek are standard award bonuses for awards like the MVP, Silver Slugger, Gold Glove, and All-Star Game, honors that pay significantly less than those like the ones in Pettitte’s contract. In his last deal, for example, Varitek received $50,000 for representing the Sox at the All-Star Game.

It is possible that Varitek and Boras will try to negotiate the Sox’ current offer down to one year, though, again, it is unclear whether the Sox have any intention of budging at this point. 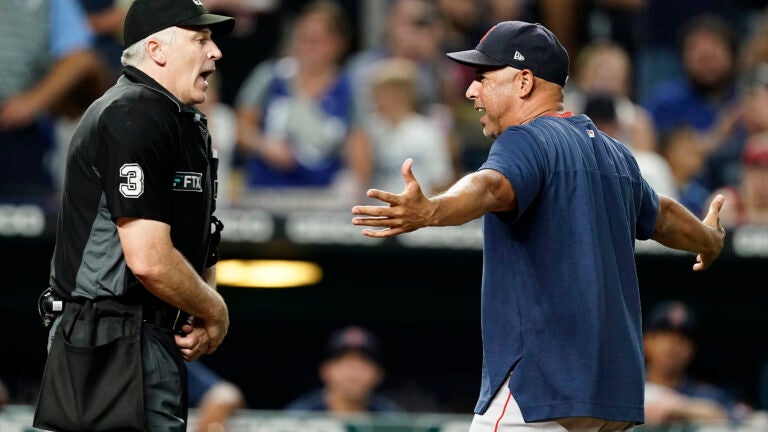 There’s logic in the Red Sox’ decision making, but it hasn’t kept them from being a mess