Dusty Brown thought last night would be just one more spent in a hotel with the Pawtucket Red Sox. He was in Durham, N.C., where life as a lifelong minor league catcher would be idealized in movie form, and after eight years in the Red Sox minor league system, he didn’t really expect that phone call anymore.

He got that call last night.

Brown was called up to the bigs, taking Daisuke Matsuzaka’s roster spot. This morning, he took a two-hour flight from Durham to Boston and was in uniform by 11 a.m.

“It came out of the blue,” Brown said. “I thought yesterday was just another day, and here I’m being told I’m going to the big leagues.”

Brown has been touted as possibly the best defensive catcher at the Triple A level. Save for one season, when he batted .321 in the Gulf Coast League in 2002, he’s never been much of a force at the plate. He was batting .239 with two home runs in 47 games as the everyday catcher for Pawtucket this season.

But Brown is tremendously well-liked. Upon seeing Brown when he entered the locker room Sunday morning, former minor league teammate Nick Green screamed, “Brownie!” and slapped him on his back.

When he was approached by reporters, Brown had just entered the clubhouse for the first time since he was drafted in the 35th round by the Red Sox in 2000.

“It’s all starting to register,” he said. “I was more nervous about getting here than I am right now. The last time I was in here it was much smaller.”

Brown said he’d be excited for any opportunity he can get to help the team. But first, he should probably meet his new manager.

“I think I have to go pretty soon,” he says. “Because I haven’t even talked to Tito yet.”

Mike Lowell will take another day off today to rest his sore right hip. He will most likely be back to play against the Washington Nationals Tuesday.

“He kept saying he was OK, so we probably went too long with him out there and that’s my fault,” said Red Sox manager Terry Francona. “He’s played a lot. There’s no structural damage [in his hip], but with the weather and the field the way it is today, it just makes sense [to rest him].”

Jed Lowrie will play five innings for the Pawtucket Red Sox against the Durham Bulls today in North Carolina. Lowrie has been on the disabled list since April 13 because of his surgically repaired left wrist.

“His wrist is pretty strong,” said Francona. “When his at-bats in the seventh inning feel the same as the first, that’s when we’re going to know he’s ready.

“He’s almost at the point where he just needs to shake the rust off,” Francona said. 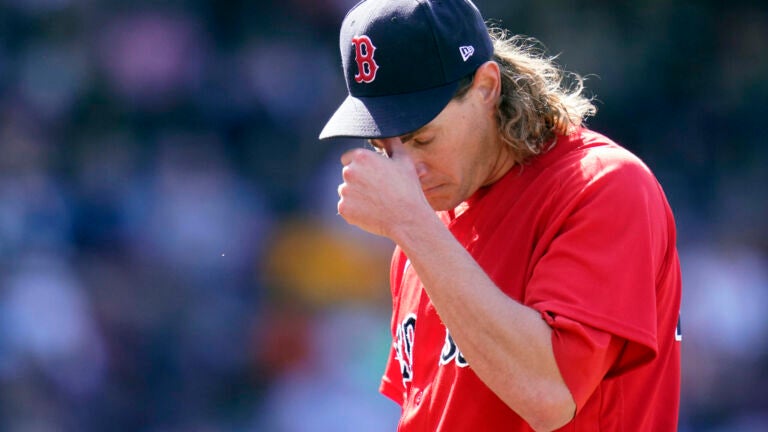