Lefty Brett Anderson’s pitches usually are clocked around 92 miles per hour or below in his starts, but tonight he’s been cranking it up to 97 on his fastball. At least that’s what the Fenway radar gun is reading, and judging by the swings and misses he’s getting, it appears to be an accurate reading. Against the Tigers June 29, Anderson was also a few m.p.h. better than he usually is.

Anderson has nine strikeouts and has allowed two hits through eight innings.

One highlight, a great leaping catch by Jason Bay in the eighth, who threw to second and turned it into a double play. Not many others tonight. 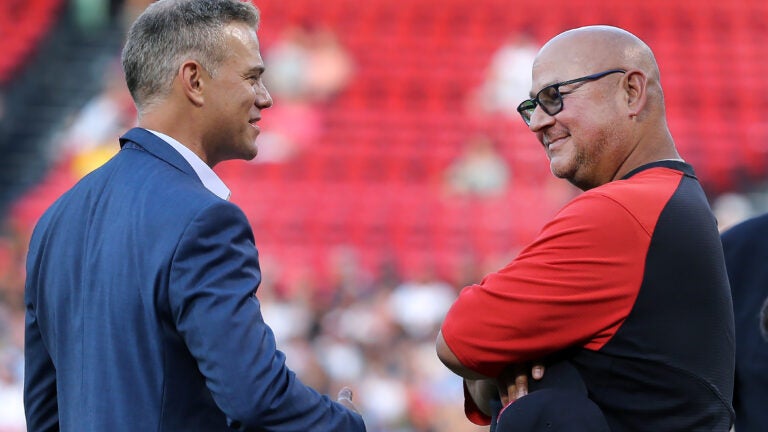