While the Fenway crowd was giving Nomar Garciaparra a huge ovation as the former Sox star stood near home plate with his helmet off and hand patting his heart, it’s funny to think that Garciaparra, who nowadays plays the corner infield positions and DH’s – used mostly as a utility player – is precisely the type of player the Red Sox could use.

With Mike Lowell’s sore hip and Mark Kotsay’s sore calf, the Sox were forced to call up Aaron Bates from Pawtucket to start at first base.

The one thing that would deter the team from having interest is Garciaparra’s calf problems, which have landed him on the DH this season.

According to Red Sox sources, Garciaparra inquired about a possible return to the Red Sox in the offseason but at the time the team was all set in that role. Now, things have changed. 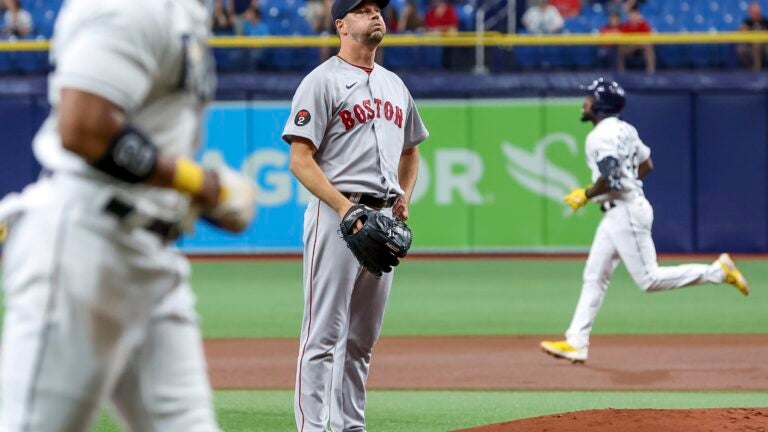