2:04 p.m. update: Mets reliever Billy Wagner has changed his mind about coming to Boston, waiving his no-trade clause after the Red Sox and Mets worked out a trade before today’s deadline. A major league source said the Red Sox will send two players to be named later to New York in exchange for the lefthanded reliever, who is coming off Tommy John surgery.

It is not expected that any more than one of the two players the Sox are giving up will come from the 40-man roster, and neither is considered an upper-tier prospect.

Red Sox agreed to pay the rest of wagner’s salary, which is $2-mil-plus, just for the five weeks.

1:34 p.m. update: A major league source told the Globe’s Nick Cafardo that the Red Sox and Mets are on the verge of completing a trade that would send two mid-range minor leaguers to New York and land reliever Billy Wagner in Boston. A source told Tony Massarotti that the Red Sox will not pick up Wagner’s $8 million option for 2010 but will retain the right to offer Wagner arbitration, meaning they would get two compensatory draft picks.

Announcement coming shortly on Wagner. Looks like the trade to Boston is going to happen.

12:52 p.m. update: With just minutes remaining approaching a 1:30 p.m. deadline, a source familiar with the Red Sox pursuit of Billy Wagner said a short time ago that talks are still alive and that Wagner is now considering accepting a deal to Boston.

We hope to have continued updates on this over the next 45 minutes to an hour. The Red Sox waiver claim on Wagner will expire at 1:30 p.m. today. The same source has indicated that Wagner is now showing some desire to pitch in a pennant race rather than remain with the Mets because it could help his position on the free agent market.

With less than an hour to go before today’s 1:30 p.m. deadline, a major league source told the Globe’s Nick Cafardo there was “some life support” for a possible trade to Boston. According to the source, the Red Sox and Mets have worked out the compensation part of the deal (which player or players would go to the Mets), so the ball is in Wagner’s court.

All indications are still that Wagner will invoke his no-trade clause and veto the deal. A source with knowledge of discussions between Wagner and the Red Sox told the Globe’s Tony Massarotti that the primary concern for Wagner is his desire to protect his arm in a low-pressure situation during the final month of this season, putting him in position to secure a contract as a free agent over the winter. The player’s primary concern is coming to Boston and injuring his surgically repaired left elbow with free agency looming.

In some ways, the Sox’ interest in Wagner is reminiscent of their pursuit of San Diego Padres outfielder Brian Giles last season. A native of the San Diego area, Giles blocked a potential trade to Boston that would have allowed him a chance at winning a world title. The Padres subsequently picked up his $9 million option for this season. Giles has hit a mere .191 this year.

In Wagner’s case, the Sox would have had an $8 million contract option on the player for next season. A baseball source indicated earlier this week that the Sox were unlikely to exercise that option — their interest in Wagner was for this year — but the club would be likely to offer the player arbitration after the season. The primary reason for the arbitration offer is that it would qualify the Sox for draft compensation if and when Wagner signed with another team.

From Wagner’s standpoint, while arbitration (and the subsequent forfeiture of draft picks) would affect his leverage in the free agent market, the greater concern was coming to Boston and injuring himself, the same source indicated.

Tony Massarotti and Nick Cafardo contributed to this report. 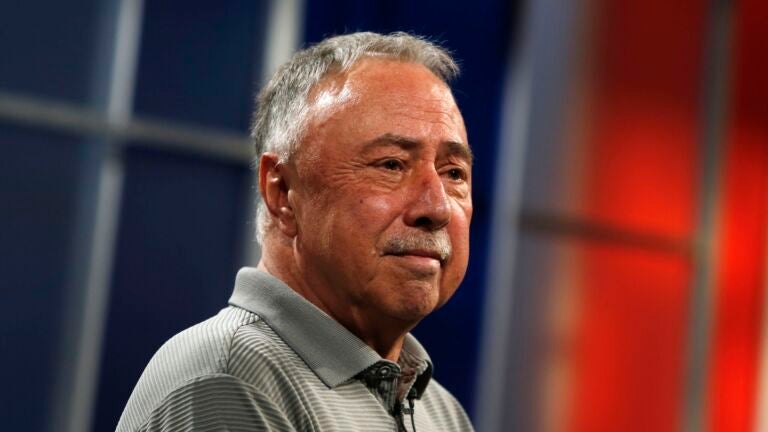