Shortstop Alex Gonzalez said he received preliminary X-rays Friday night on his right hand after it was hit by pitch, and they revealed what Gonzalez called “a line” that will have to be further checked Saturday to determine if it is a fracture and, if so, how severe.

Gonzalez said he will go to the hospital at 10:30 a.m. Saturday to have an MRI. A Red Sox spokesperson said Gonzalez will not have an MRI, but rather more revealing X-rays. Bottom line: Gonzalez had inconclusive tests Friday night, and he will have more tests Saturday morning.

Gonzalez wore a bandage over ice on his right (throwing) hand. He can move his hand and squeeze without pain, but when team medical staff touched the spot where Gonzalez was hit, between the base of the pinkie and the top of the wrist, it hurt.

“I don’t feel any pain,” Gonzalez said. “I feel good. I can move my fingers and hand, my wrist. But we’ll find out tomorrow. I hope there’s nothing big. I can use my hand, and I can squeeze.”

When Gonzalez had the X-rays, he said team doctors saw a line where the ball hit him, which was inconclusive. The line could be a fracture, but it also could be something minor, like a burst blood vessel.

Gonzalez’s health is crucial given the attrition behind him on the Red Sox’ depth chart. Nick Green (nerve issue in his back) and Jed Lowrie (surgically repaired left wrist) are each battling their own health issues. Chris Woodward is healthy, but he spent much of the season in Triple A.

Outfielder Rocco Baldelli also left the game Friday night, with a left hip flexor strain. Baldelli did not stick around to speak with reporters. Francona said Baldelli was removed for precautionary reasons. Because of Baldelli’s health condition, he has a difficult time knowing when he pulls a muscle. When the Sox tested Baldelli’s hip flexor, he had good range of motion and no weakness.

“It is a concern, but we’ll watch him and try to find out more the next couple of days,” Francona said. 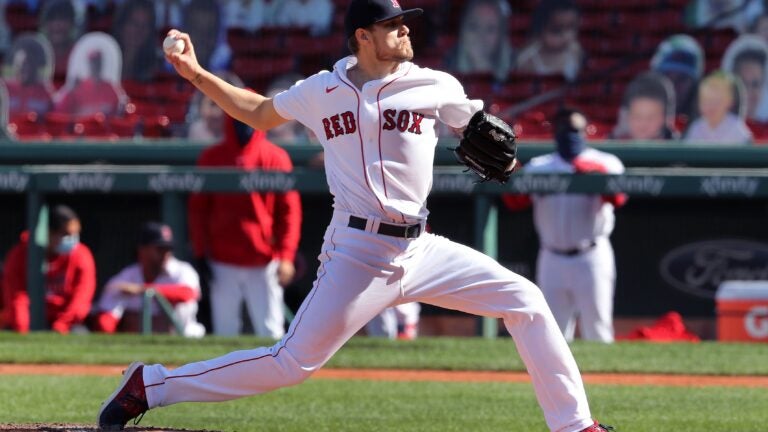