The Red Sox will finalize their postseason roster for the first round in a meeting Monday in Anaheim, Calif., but they have decided on the fate of several players currently with the team, which gives some clue to the shape of the roster. The following players know where they’ll be going once the regular season ends:

The most telling assignment may be Bowden heading to Fort Myers. With him not around, the Red Sox will probably tab Paul Byrd as a long man in the bullpen if they choose to carry one. Also, if Reddick goes to Fort Myers and Rocco Baldelli’s hip flexor strain is serious, that means Brian Anderson and Joey Gathright would likely share the fourth outfielder duties. (Gathright seems like a good bet to make the roster because his speed and base-stealing ability provides a unique threat off the bench.)

While Kottaras will travel with the team, it seems clear he will not be included on the roster. 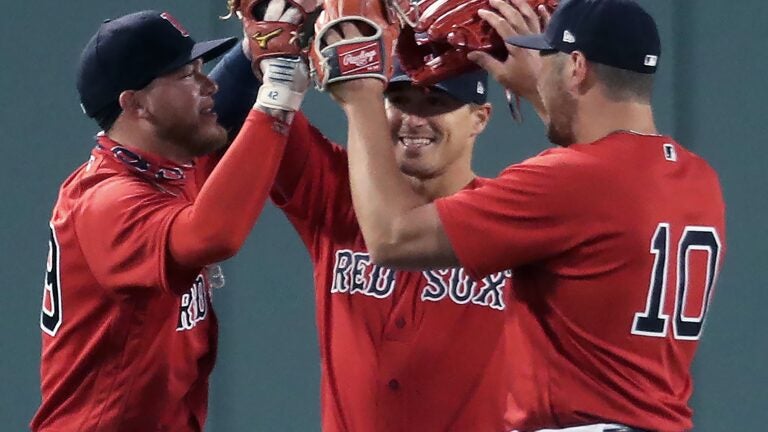