Turns out it was a pretty good year for hard-throwing relievers in Boston.

Closer Jonathan Papelbon has been selected as the 2009 Red Sox Fireman of the Year by the Boston Chapter of the Baseball Writers Association of America, while fellow flamethrowing righthander Daniel Bard was named as its Red Sox Rookie of the Year.

Papelbon tied for fourth in the American League this year with 38 saves. He established a new Red Sox record for career saves with his 133d on July 1 at Baltimore and finished the year with 151. He is the only pitcher ever to win the award four times.

Also, infielder Nick Green, who saw much more time than anticipated at shortstop this season, is the recipient of this year’s Jackie Jensen Award. The award is named after the late Red Sox outfielder and is presented annually to a Major League player who exhibits “spirit and determination.”

The awards will be presented at the 71st Boston BBWAA Awards Dinner, which will be held on Thursday, Jan. 14, 2010 at the Westin Waterfront Hotel in South Boston. Tickets are still available for the dinner.

Others to be honored at the dinner include Colorado’s Jim Tracy, who will receive the Manager of the Year award. Minnesota’s Joe Mauer — who was named the AL MVP today — will take home the Ted Williams Award as baseball’s leading hitter.

They can be purchased by making checks payable to Boston Chapter BBWAA and mailing to:

For orders postmarked on Nov. 30 or earlier, the price per ticket is $135. For those postmarked later, the price will be $150 each. Proceeds from the event will help the chapter to continue supporting charitable causes. 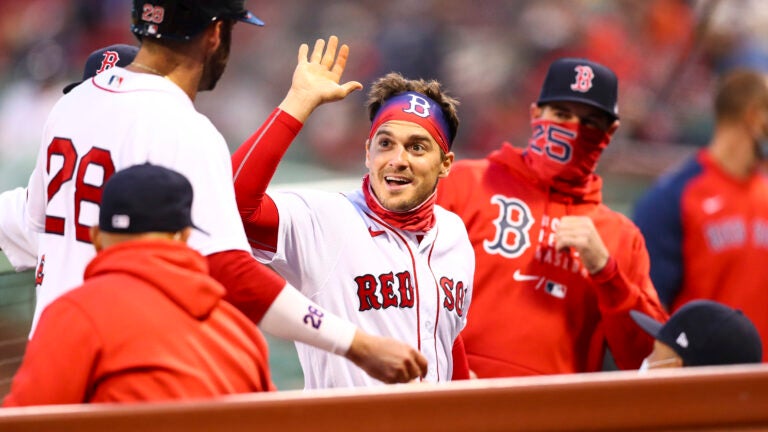